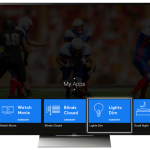 May 18, 2016 Comments Off on Harmony Control Arrives for Sony’s Android TVs

When it comes to home entertainment and home control, Logitech Harmony has long reigned over the family room. Now, with 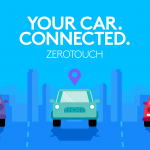 Logi ZeroTouch Gives You the Best Features of a Connected Car

May 11, 2016 Comments Off on Logi ZeroTouch Gives You the Best Features of a Connected Car

Are you ready to hit the road to smarter driving? Today, we’re excited to announce that we are paving a way for drivers to stay connected responsibly, with the Logi ZeroTouch™ Air Vent and Dashboard smart car mounts for Android™ smartphones.

This week, Logitech celebrated the launch of PX57, the first-ever crowdsourced video game of its type and the result of Logitech’s “Together We

Last fall we introduced the Logitech® Keys-To-Go for iOS®, and we’ve been thrilled with the excitement it has caused. We’re now

The Magic of Tablets

Over the last few years the rate of innovation in the computing space has enabled consumers to do more. More

May 25, 2011 Comments Off on Summer is Nearing: Logitech Must-Have Summer Tech Accessories

Last week on the Logitech Facebook page, we asked what tech gadgets were essential for your summer vacation this year,

What does today’s Android (Honeycomb) 3.1 announcement mean for you?

You may have seen the news today from Google IO that the company released a software update, Android (Honeycomb) 3.1,