Logitech UE at the HBO Luxury Lounge for the Emmy Awards

September 26, 2012 Comments Off on Logitech UE at the HBO Luxury Lounge for the Emmy Awards

Attendees of the 64th Primetime Emmy Awards were immersed in TV greatness on Sunday. However, before they geared up for

September 18, 2012 Comments Off on UE Artists to Watch: Aaron Embry and GIVERS

This month marks the beginning of fall, but the season isn’t the only thing changing. September brings yet another incredible

This week in Logitech news, we saw a few noteworthy reviews on our new Logitech UE music products. CIO posted

Logitech UE at The Bowery Ballroom in NYC

September 5, 2012 6 Comments on Logitech UE at The Bowery Ballroom in NYC

By now, you probably have heard that we announced the new Logitech UE music product lineup last Wednesday. To celebrate, 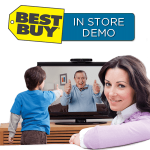 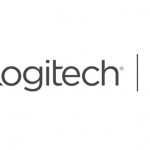 August 24, 2012 Comments Off on Calling All Music Fanatics!

If you love music as much as we do, you’re not going to want to miss this. Up and coming