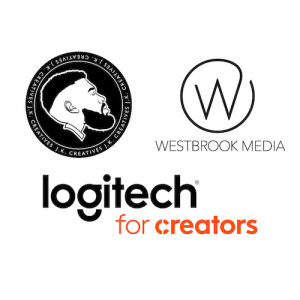 Logitech For Creators is thrilled to announce that Westbrook Media, the digital content studio division of Jada Pinkett Smith and Will Smith’s Westbrook Inc., has signed on to co-produce an upcoming short film that documents celebrity choreographer JaQuel Knight’s industry-changing journey to help creators secure ownership of their creative work.

The project is inspired by Knight’s mission of speaking up on the issue of choreographers receiving appropriate credit for their work, and standing up for copyright protection of choreography.

Currently in pre-production, the film is a culmination of Logitech’s partnership with JaQuel Knight that kicked off earlier this year as part of the #Creators4BIPOC initiative, a movement that aims to help address barriers disproportionately faced by Black, Indigenous, People of Color (BIPOC) creators. In July, Logitech and Knight came together to help ten BIPOC creators secure copyright of their choreography, paving the way for all creators to own and monetize their creations. Among these creators are Keara Wilson, Jalaiah Harmon, Young Deji, and more.

“The story is unfolding in real time,” shares Meridith Rojas, Global Head of Entertainment and Creator Marketing, Logitech For Creators. “We are living it one frame at a time. It’s an exciting endeavor and one we intend to have an impact on creator IP and how it’s protected in the ever-evolving entertainment and technology landscape.”

“JaQuel has pioneered something incredible, protecting artists and creators, and helping them maintain control of their own destiny,” said Westbrook Media SVP, Revenue & Partnerships, Ashley McCollum. “As a company that works with so many creators in this space, Westbrook Media always strives to support their freedom and empower them to tell their stories authentically. We could not be more excited to team up with JaQuel and Logitech to share this journey and continue to help so many brilliant creators own their work.”

The short film is scheduled for release in 2022 with plans for distribution through festival and streaming platforms. Westbrook Media’s recently produced projects include Snapchat’s most popular series ever, Will Smith’s Will From Home, which garnered 43M+ viewers, as well as Will From Home Season 2, Ryan Doesn’t Know starring Ryan Reynolds, Jaden Smith’s social justice series The Solution Committee, Charli Vs. Dixie with social media sensations, Charli and Dixie D’Amelio, the YouTube series’ Best Shape of My Life with Will Smith and Alicia Keys docu-series, Noted, along with Hulu’s photography competition series Exposure, and the HBO Max hit The Fresh Prince of Bel-Air Reunion special.

Besides his groundbreaking journey as the first pop/hip-hop choreographer to copyright his dance moves, Knight is also creator of the iconic moves in Beyoncé’s “Single Ladies (Put a Ring on It),” and has lent his creative expertise to culture-shifting projects such as Beyoncé’s “Black Is King” film, the “Homecoming” documentary for Netflix, the Shakira Super Bowl Halftime performance with Jennifer Lopez, and multiple projects with Megan Thee Stallion.

This short film is funded by Logitech For Creators, a brand extension of Logitech that exists to empower all creators to pursue their passions. Westbrook Media will be co-producing the film with Logitech and Knight’s production company J.K. Creatives, Inc.