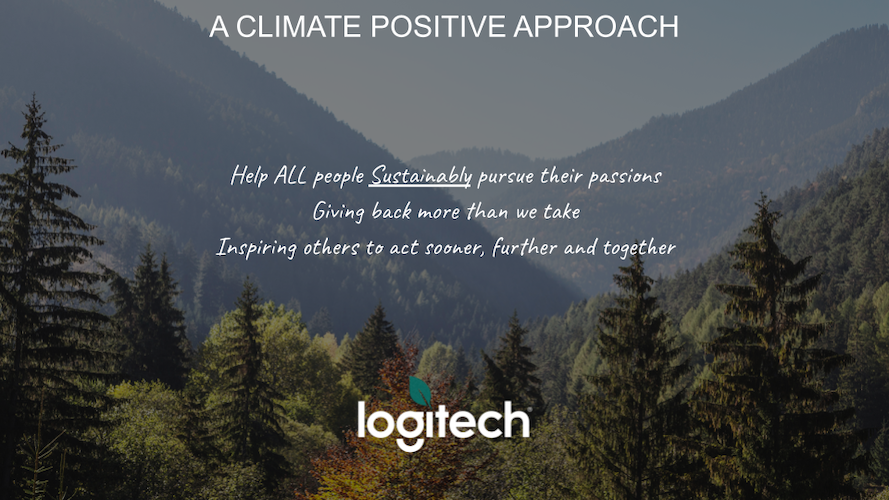 Logitech believes that now is the time for the United States to take bold action on the climate crisis. That’s why we support the climate investments outlined in both the Budget Reconciliation package and the Bipartisan Infrastructure bill.

Logitech is all in when it comes to the global goal of achieving a just and equitable transition to a 1.5 degree future. We are doing everything we can as a company to help achieve that goal, most recently committing to beat the Paris Target of net zero by twenty years with our Climate Positive Strategy.  But we know that our actions alone are not enough without systemic change and global climate leadership.

That’s why in 2019 we signed on in support of the Paris Agreement, and why we recently joined other large companies in successfully calling on the United States to commit to reduce emissions by 50% by 2030 and achieve Net Zero by 2050. We also spoke out earlier in these legislative negotiations, participating in the LEAD on Climate Day of Action and calling on Congress to pass a bold Clean Energy Standard.

We are doing our part through our own initiatives like the Climate Positive Strategy, and joining other large companies in coalitions like the Climate Pledge and the UN’s Race to Zero. But we also know that none of that will be enough without global governments doing their part. That is why we recently joined Ceres’ Businesses for Innovative Clean Energy Policy (BICEP) coalition – so we can work with other large businesses to advocate for bold climate policy everywhere we operate. And that’s why today we are calling on Congress to pass the climate investments outlined in the budget reconciliation and infrastructure packages being debated this week.