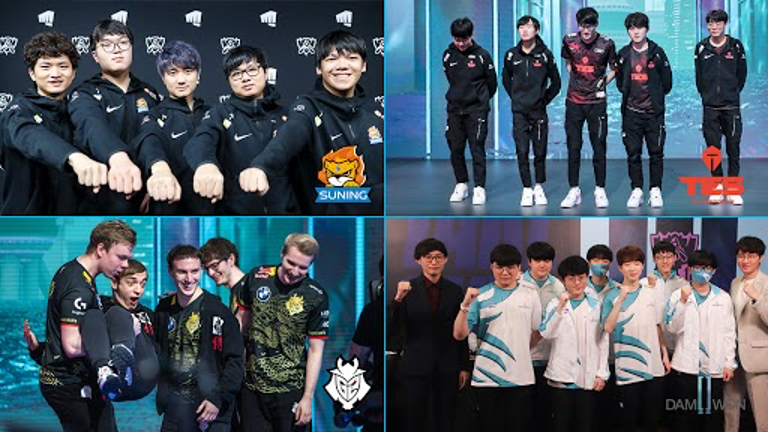 Entering the semi-final matchups at the 2020 League of Legends World Championship, four teams have emerged to the World’s 2020 semifinals stage. The four remaining teams included DAMWON Gaming, G2 Esports, Suning Gaming and Top Esports. One thing they all have in common? They’re all partnered with and use Logitech G.

Our passion for esports drives the team at Logitech G. As a result, Logitech G has been a leading global esports partner, collaborating with pro players to produce the best gaming gear for competition. At Logitech G, we dedicated ourselves to peak performance and advancing play, supporting all players around the world that practice the patience and sacrifice it takes to win

“We’re proud to support the pro teams at Worlds” said Brent Barry, Head of Global esports at Logitech G. “We work closely with the teams and players supporting them with PRO gear and training, designed to help them perform at their best. These teams, and all the teams we collaborate with are living proof that with the right combination of talent, drive and the right gear, greatness is within their grasp,”

This Worlds 2020 semi final looked to be a battle of the best in League of Legends esports. Top Esports, G2 and DAMWON Gaming were all first seeds of their respective regions. Although Suning was the third seed, they’ve beaten G2 twice on the group stage and topped their group.

The semi-finals kicked off with, DAMWON Gaming becoming the first South Korean team to make the League of Legends World Championship final since 2017 and took down the G2 Esports with a 3-1 win on Saturday in Shanghai. They secured their swift revenge for last year’s quarterfinals by capping off the 2020 semifinal series with the fastest ever World match clocking in at just over 19  minutes.

In the second semi-finals, Suning, the No. 3 seed out of China, pulled off another upset in the 2020 League of Legends World Championship knockout stage on Sunday and reached the world final with a 3-1 win over tournament favorite Top Esports. After taking down the first and second seed rival teams from the LPL, Suning is looking to complete their underdog run and lift the trophy on home soil.

The final stage is now set with DAMWON Gaming facing Suning Gaming in a classic LPL vs LCK clash to see who lifts the Summoner’s Cup. The two teams will enter the Rift  at 6 a.m. ET on Saturday, October 31, tune in to Twitch or YouTube to see which team wins the cup.

Leave us a comment and pick your favorite to win the Championship.