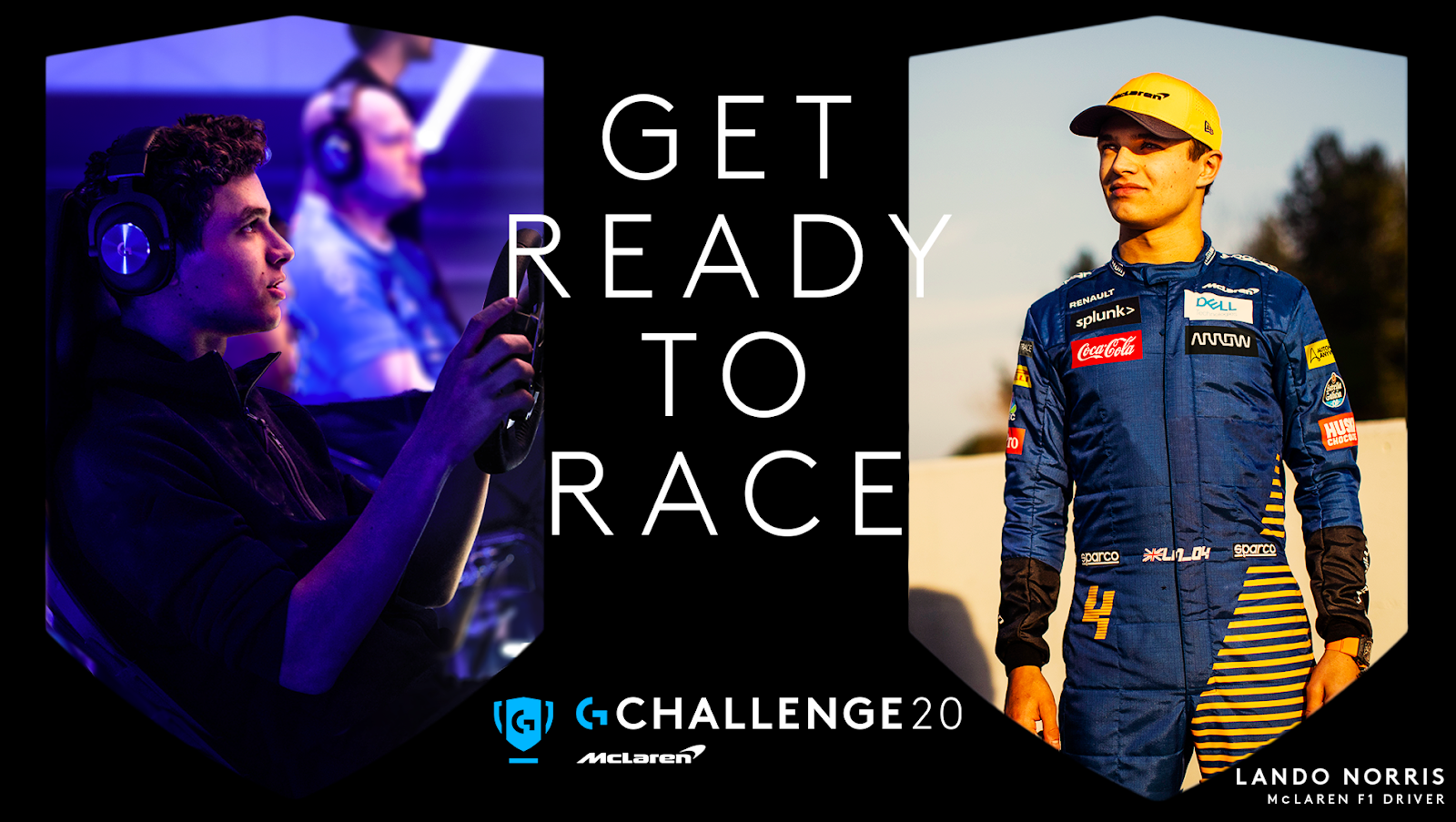 We are excited to announce that the Logitech McLaren G Challenge Grand Finals are now taking place across four regions  – North America, Latin America, Europe and Asia Pacific – with each region hosting its own online Championship and crowning its own champion.

With over 5,000 drivers racing through the last three months of online competition, 52 regional qualifiers will compete in the four regional finals to determine the four Champions for this year’s G Challenge.

Through our partnership with the world-famous race team McLaren Racing, along with luxury supercar company McLaren Automotive, we will be sending the four Grand Prize winners (and their guests) to the F1 British Grand Prix at Silverstone.

The winners and their guests will embark on a four-day, all-expenses-paid trip to the F1 British Grand Prix 2021. This prize pack includes: