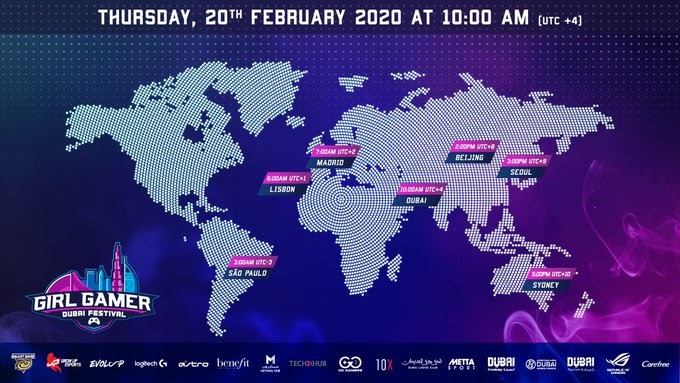 Over the past two years, we’ve seen women’s viewership of esports grow 6.5%, with women now making up 30.4% of total viewers. But while we’ve seen an increase in women watching esports, the number of women participating on the professional level has remained stagnant, with estimates that just 5% of esports players are female.

Here at Logitech gaming, we believe that life is better when we play. And that belief applies to everyone, regardless of gender. That’s why we have been so excited to be supporting this year’s GIRLGAMER Esports Festival series.

GIRLGAMER Esports Festival is the world’s leading event to celebrate and promote women’s competitiveness in esports. This is the third year that Grow uP eSports has hosted this event and we are honored to support them for the second year in a row.

Many female athletes have difficulty finding places for them to compete, due to the lack of organizational structure for female teams. That’s why Logitech G and ASTRO support this global competition GIRLGAMER. Throughout 2019, GIRLGAMER has hosted festivals in Sydney, Australia, Seoul, South Korea, Madrid, Spain, and San Paulo, Brazil – with the World Finals being hosted in Dubai UAE on February 19-22nd. And Logitech G and ASTRO have been there every step of the way, providing top of the line esports equipment for players to use in competition, as well as prizes for competitors and much more.

As the world of esports gains more and more recognition, it’s vital that we make sure that everyone has a seat at the table. By supporting GIRLGAMER and other events like it, we can work towards a future where we see equal representation in esports and create a space where everyone feels welcome.

Let us know what do you think about supporting female eSports teams?