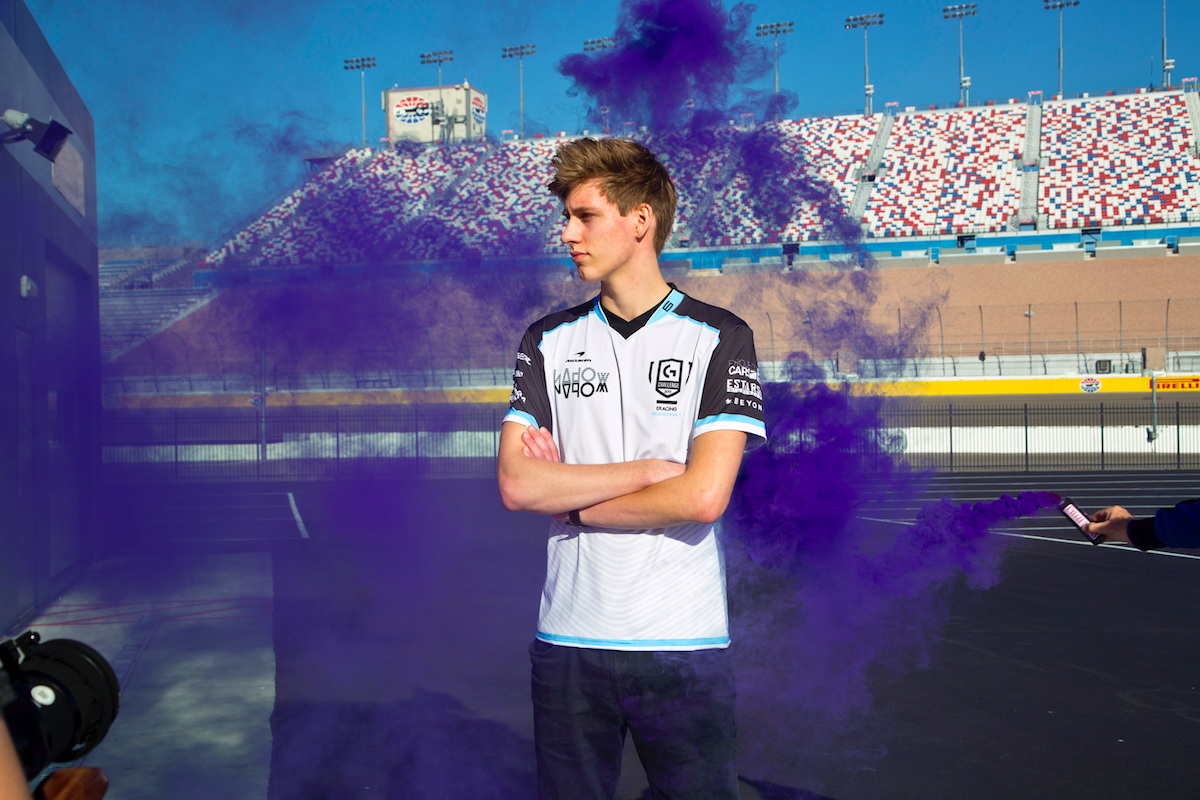 Dreams of lifting the 2020 F1 racing trophy is still a ways off, but that isn’t stopping Logitech G Challenge winner Isaac Gillissen from living his dream in the eSports arena.

Isaac says that not much has changed since he returned back home from the G Challenge finals — aside from becoming a bit of a local celebrity. According to Isaac, “my friends keep calling me Mr. Champion!”

But that attention hasn’t distracted Gillissen at all. Returning home from the G Challenge Global Finals,  he started to prepare for the McLaren Finals by trying out all the sims that will be played at the Shadow Project final.  “They’re all quite new to me,” said Gillissen, “so the races will be tough. I practiced with Rudy (van Buren) on rfactor2, so that’s the game I’m probably best prepared on.”

The community has rallied around Gillissen, offering tips and expertise to ensure he’s on top of his game. “I got help from a number of racers including fellow Logitech G Challenge finalist Elwin Smith (aka THR Wolf) on Assetto Corsa, so I’ve gotten a lot of support.”

Gillissen hopped on a plane late last week and spent some time practicing and getting acclimated to the new games, and of course, a new environment at McLaren’s Working headquarters. Gillissen’s skills behind the wheel will be on full display this week, with the finals scheduled for Saturday.

Being able to say you’re a McLaren esports driver is something only a lucky few can claim, and Isaac wants the title for himself. Winning would be a dream for the 19-year-old, who has the belief that he can achieve his goal.