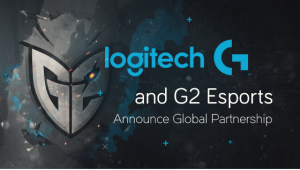 Today, Logitech G announced an expansion of its global esports program by partnering with G2 Esports, one of the most prominent and successful Counter Strike: Global Offensive (CS:GO) and League of Legends (LoL) clubs in the world. Founded only three years ago, G2 already holds 78 awards across its 11 teams, including a historic four-time consecutive wins as European LoL Champions. The partnership includes sponsorship, technology, and new product research to continue Logitech G’s leadership in developing professional grade gaming peripherals for top esports athletes around the world.

“G2 is one of the most exciting teams in esports, and we love the fact that some of their pros have been using our wireless gear in competition. We’re excited about this partnership and look forward to leveraging their expertise to develop even more wireless gaming gear for pros,” said Ujesh Desai, vice president and general manager of Gaming at Logitech.

“Our teams have been using, and winning, with Logitech G products for years,” said Carlos ‘ocelote’ Rodriguez, CEO of G2 Esports. “We’re excited about our partnership with Logitech because both organizations share a deep passion for the industry, a dedication to hard work and a commitment to winning.”

As a proud advocate of the global esports community for over 20 years, Logitech G sponsors players and teams that represent the ultimate commitment to playing at the highest level. G2 Esports joins a growing roster of elite Logitech G esports teams including Cloud9, TSM and NRG. Most recently, the Logitech G South Korean Overwatch team took the top title at  Overwatch World Cup at Blizzcon 2017, we are excited to see where G2 and all of our other esports partners take us in 2018.