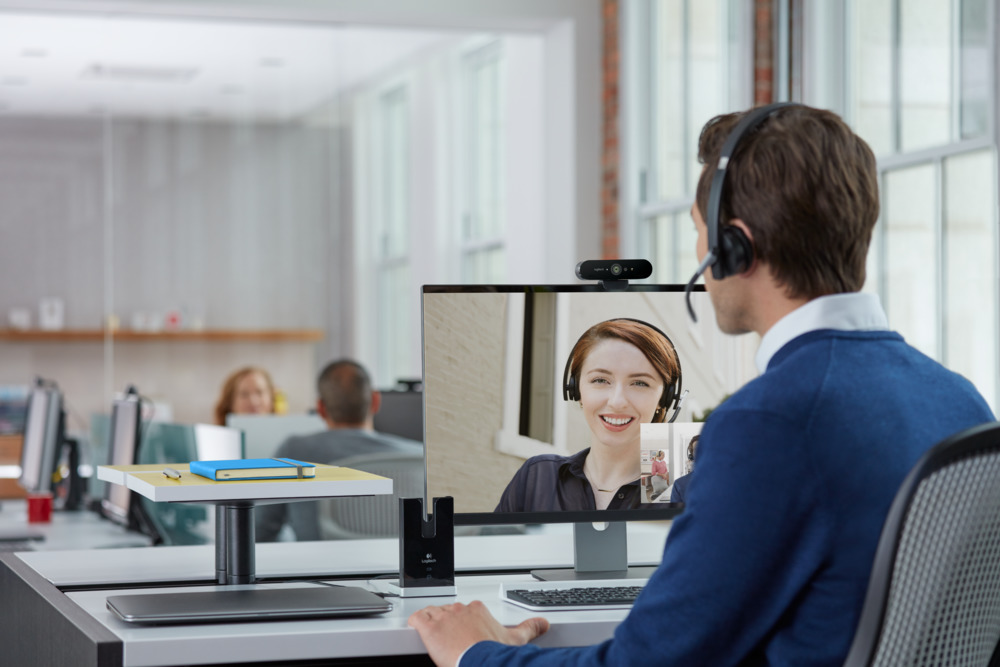 Most of us have our favourite productivity tools. I’ve been a Mac user for over 15 years and have fallen in love with Keynote for presentation graphics. Others swear by, or possibly at, a range of tools from Microsoft Word, to Google Sheets, to Wordperfect 5.1*

Many of use the tools we like (or perhaps just as important, are most familiar with) without a thought. When we change organizations there might be a shudder to discover that our new employer uses use different tools. When I joined Logitech, I discovered they were big users of Google Docs. I had some experience with it, and although not initially my first choice it, has turned out to be an excellent tool for our widely dispersed team.

The real issue is, I use the tools my team demands. There’s no opting out. I can’t decide to simply not use email because I don’t like Google mail, or not create spreadsheets because I prefer Microsoft Excel to Apple Numbers. Anyone who says they aren’t prepared to use the Cisco phone on their desk because they prefer to use an Avaya one isn’t likely to last long in business.

Choosing to choose – why video is different

But video Conferencing is different, and most businesses fail to understand that. A video call, whether at a desktop level, or in a meeting room, is to a large extent, considered an upgraded experience from an audio conference call. If the users don’t like being on video, they can simply elect out of the process. I can’t think of another technology that is like that in business today.

The purveyors of visual communications solutions have concentrated on making it easy to install, affordable, and simple to manage for the purchasers of the technology. What they haven’t done is drive actual technology adoption, particularly at an individual level. It’s probably a significant contributor to the fact that only 2.5% of meeting rooms globally are video equipped. Many users have simply voted with their feet, and opted out of the experience completely.

It’s not all doom and gloom. Video usage is higher today than it’s ever been, especially in our personal lives. But I suspect there are still plenty of employees holding out when it comes integrating video into their workflow.

I believe the primary reason people don’t like to use video is that they simply don’t think they, or their environment look good enough to be “on the telly”. Psychologically, most of us consider being on TV a big deal. We feel we need to look great, after all the majority of the people we see on it are beautiful actors. It’s a standard most of us struggle to attain. Even I’ve had to accept that whatever lighting I have I’m not going to look as good as Daniel Craig. Believe me it was a crushing realization. I take solace in the fact he’s older than me.

But there are things we can do, video communications is an important and viable solution for lots of communications. The manufacturers simply need to get better at giving the users a view that they find acceptable.

Last week at ISE 2017 in Amsterdam, Logitech, showed off a new webcam called BRIO that might well help. Logitech BRIO is the world’s first HDR (High Dynamic Range) webcam. The extremely sophisticated electronics and upgradeable software (also a first for a webcam), enables a huge difference in quality versus the older types of devices.

For many users, low light, side lighting, or back lighting totally can ruin the video image. As a result they simply switched off the camera. BRIO’s use of HDR enables great quality images in a massive range of lighting conditions. It really changes how users feel about using the technology.

BRIO also has some other incredible features like facial recognition and authentication using Windows Hello, and the ability to change the viewing angle to easily control what is, and what is not, in shot. I’ll talk about those more later.

For now though, think about what the effect on your video conferencing usage would be if your users actually wanted to be on camera. That really is a game-changer.

What do you think? Would a good camera help you increase video usage?

*Ok, Ok no one uses Wordperfect anymore. I just wanted to see if you were paying attention!