Economics is an interesting science. There are numerous formulas around the cost and price of goods and services. One of the most fundamental concepts is the idea that the value of anything is defined by what someone else is prepared to pay for it. For most of history, the lowest price at which a product could economically produced and distributed defined whether it made economic sense to produce. Ultimately, if the product cost more to produce than anyone was prepared to pay for it, it didn’t happen.

But today in a world of software, and with the huge drop in the cost of hardware production, our economic model is being upended. The Internet empowers a huge potential market to consume a product or service, with a very low barrier to entry and a huge market. As the price goes ever lower, I think it is an interesting mental exercise to imagine what happens as the price of technology drops to where price no longer matters as part of the buying criteria. This effect doesn’t require the price to be zero, simply low enough that other considerations become more important.

In this two part series, I will first look at a few technologies and how they have been affected by the effective price of zero. 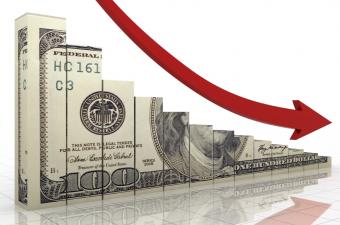 According to the Bureau of Labor Statistics, since the late 1980’s the real cost of a Television has plummeted. A family television is now well below 5% of its 1980’s price, and that ignores the size and quality changes. The effects are dramatic, but somehow go unnoticed. Televisions (and monitors), are now everywhere. I counted six that are plugged in at my house, and that doesn’t include computer monitors. Nearly every public venue – bars, sports centers, airports, hotels, shops and more – are full of them.

In 1970, the first international direct dialing calls became available. So for the first time you didn’t need to involve an operator. But in the beginning, it wasn’t easy. For example, you could only dial the UK, and then only from certain specific spots in the USA. Since then, the cost of international telephony has dropped and is even free, when done over Wi-Fi. The positive impact is that people can now communicate not only with colleagues, but also with family and friends around the globe.

And this has led to globalization. Once a price drops to effectively zero, the ability to create call centers, locate them anywhere in the world,  and take advantage of lower staff costs, becomes a huge business driver.

There are hundreds of examples out there of how a market, and even the whole world are changed when the effective price of something drops to zero. In the second part of this series, which will post next week, I will look at the video conferencing market specifically. In the meantime,  would love to hear your thoughts and examples. A few I can think of include energy and data. What examples would you like us to discuss?