Dota 2 has a long history of passionate fans and this month, they journeyed to KeyArena in Seattle for The International Dota 2 Championships 2015, a full week of competition featuring 16 eSports teams. Two of our Logitech G teams, Cloud9 (U.S.) and Team Empire (Russia), were invited to compete for the $18.4 million prize pool. In the end, neither of these teams advanced to the finals, and the grand prize of $6.6 million was taken home by Evil Geniuses.

Throughout the week, Logitech G and Nvidia Geforce teamed up to provide fans with a (much needed) rest station outside the arena. Here, fans competed in their own Overthrow matches of Dota 2 and took home exclusive swag bags from Logitech G and Nvidia. The rest station also housed our new G29 Driving Force wheel with a Playseat and Project Cars, which fans were able to test. 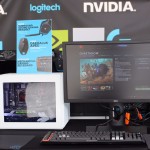 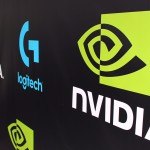 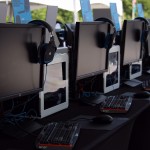 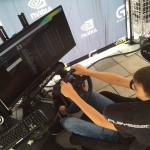 Cloud9 and compLexity Gaming also paid a visit, giving fans the chance to get autographs and photos with the team members.

Did you attend The International in Seattle? What was your favorite moment?