This week, Logitech celebrated the launch of PX57, the first-ever crowdsourced video game of its type and the result of Logitech’s “Together We Game” project. Over the past eight months, Logitech tapped video game fans worldwide for help in building a traditional tower defense video game. The fun and engaging game can be downloaded for iOS devices or PCs here.

But that’s not all! Read on to learn about other Logitech news making headlines.

In addition to PX57, Logitech announced the Logitech Keys-To-Go for Android™ and Windows® mobile devices. The news caught the eye of Android blogs, such as Android Authority, Android Central and Android Community. Since Logitech Keys-To-Go was previously only available for iOS®, Brian Fagioli of BetaNews shared his excitement, stating, “While I do use an iPad, I use Android and Windows far more often. Today, the company brings this awesome typing solution to Android and Windows too.” 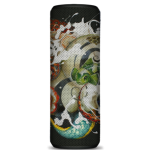 On the music side, Ultimate Ears announced the newest addition to its limited edition lineup this week – the Safe Haven Edition UE BOOM. Designed by contemporary graffiti artist Greg “Craola” Simkins, the sixth artist-edition UE BOOM already has media excited with Chip Chick noting, “…point is, the Safe Haven Edition UE BOOM sounds as good as it looks, and it looks awfully good.” G Style Magazine mentioned that UE BOOM is “one of the best portable Bluetooth speakers on the market and Ultimate Ears continues to build upon its brand and keep its companion app updated to provide the best experience possible.” 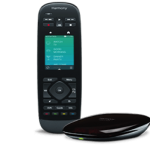 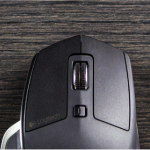 It may only be April, but Mother’s Day is coming up fast! Luckily, CNET is leading the way by announcing the hottest gift ideas in its Best Mother’s Day Tech Gifts under $100 roundup. Reporters David Carnoy and John Falcone recommended the Logitech MX Master Wireless Mouse, a gift “your mom probably wouldn’t run out and buy” on her own, but this is a high-performance wireless mouse with a built-in rechargeable battery that anyone would appreciate as a gift.”