March might just be the month of gaming! This week, the Logitech G303 Daedalus Apex Performance Edition Gaming Mouse continued to make headlines on top gaming websites, as we saw new articles covering the announcement and some of the first product reviews. Last week, the Logitech G team was also in Boston for PAX East, and the team is currently on their way to Austin for the SXSW Gaming Expo. If you are attending, we hope to see you there!

Read on to learn about what media are saying about Logitech products:

Brian Crecente at Polygon noted that the product “was born out of a blending of the best bits of Logitech’s G302 multiplayer online battle arena mouse and its G502 Proteus Core mouse, popular with fans of first-person shooters.” 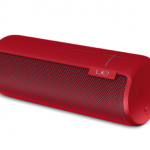 The waterproof UE MEGABOOM continues to make a splash, as Brent Butterworth of Mashable reviewed the speaker this week. Brent called UE MEGABOOM the “perfect outdoor speaker,” noting that, because the speaker works through Bluetooth, rather than a WiFi connection, it can go just about anywhere. 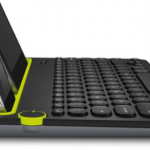 Meg Busacca of Design & Trend included the Logitech Bluetooth Multi-Device Keyboard K480 in a product roundup of 10 Tech Gadgets To Enhance Your Business and Lifestyle. Meg noted, “Today, we are all very much attached to our smartphones and tablets, and, at times, even attempt to operate them all at once.” She said that the Logitech Bluetooth Multi-Device Keyboard K480 solves that problem by allowing users to pair the keyboard with up to three devices while presenting “a more convenient way to communicate from each one.”