This week, Ultimate Ears announced the newest addition to its limited edition lineup of UE BOOM speakers, the Skrillex Edition UE BOOM, designed by GRAMMY award-winning producer, Skrillex. Through this collaboration, Skrillex’s creative talent is expressed in yet another way with his own hand-drawn images covering the speaker.

Plus, this week Logitech introduced the newest Logitech tablet accessory, the Logitech® AnyAngle, a protective case with an any-angle stand for your iPad Air™ 2 and all iPad mini™ models. With this case and stand, you can easily adjust your screen for optimum viewing or fold it entirely behind your iPad, for a clean, minimalist look.

Read on to learn about the new Skrillex Edition UE BOOM, Logitech AnyAngle and more: 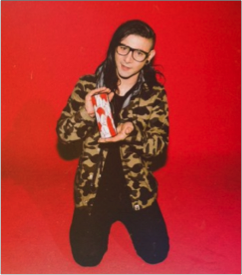 Once announced, the newest limited edition UE BOOM generated a lot of excitement, with news appearing in various outlets, such as 9to5Toys, App Advice, BetaNews and G Style Mag. 9to5Toys said, “The Skrillex UE BOOM extends the already massive amount of color combinations the mini speaker is available i
n, as well as sitting alongside other limited editions like the colorful Tipsy and Crystal models.”

Following the debut of the Logitech AnyAngle, TUAW: The Unofficial Apple Weblog, TechCrunch and ZDNet, among others, covered the news. TechCrunch said, “AnyAngle’s multi-material front cover provides a nice bit of visual flair, and a folio-style look that should suit office use and the key feature here is the folding kickstand that’s clearly aimed at productivity nuts.” 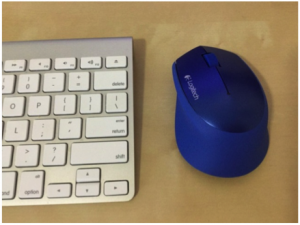 The Logitech® Wireless Mouse M320 also made headlines this week. 9to5 Mac raved about the wireless mouse’s two year battery life from a single (included) AA battery and lightweight feel that “makes it feel rather effortless to control.” Better yet – the Logitech Wireless Mouse M320 is a fit for everyone as 9to5Mac also said, “each version looks versatile and sporty for a mouse.” 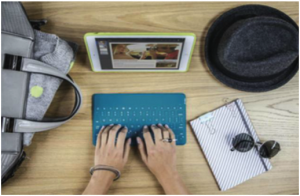 The Logitech® Keys-To-Go turned heads this week, as it was featured in both USA TODAY’s list of six great gadgets for holiday travel and InTouch Weekly’s holiday gift guide for the “Traveling Techie.” This ultra-portable, stand-alone Bluetooth keyboard repels light spills and has an integrated battery that lasts up to three months on a single charge. It’s perfect for hours of travel.