For many players, the holiday season is the best time of the year, with September through November traditionally being the most saturated months for game releases. This fall, sequels to existing franchises, new entries based on famous intellectual properties, and expansions to long-running MMOs are coming to the PC, and the Logitech G402 Hyperion Fury FPS Gaming Mouse provides the best experience for all of them. 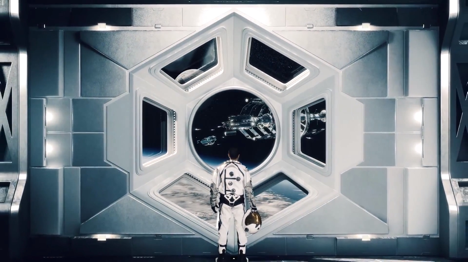 Sid Meier’s Civilization has been a staple of PC gaming for decades, and this fall, the series looks to the stars in Sid Meier’s Civilization: Beyond Earth. Taking a distinctly different approach to world building from previous entries, the new game takes place in a future where humankind has begun to colonize new planets and explore the vastness of space. The Logitech G402 Hyperion Fury‘s on-the-fly DPI switching makes it easier than ever to maneuver around the map accurately, and its customizable buttons means players won’t be fumbling over their function keys while trying to juggle their mighty armies. 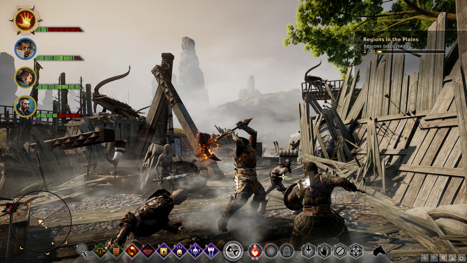 Dragon Age Inquisition is the long awaited third entry in BioWare’s high fantasy role playing series, and it’s just around the corner! With PC specs having just been revealed, now is the time to get your rig in tip-top shape, and that includes making sure you’ve got the best handle on the action. The Logitech G402 Hyperion Fury’s programmable buttons allow you to make quick work of your foes, and its precision engine allows you to have the most exacting control of your character on the battlefield. This game is sure to be a stunner this holiday season, and the G402 Hyperion Fury will be there through every question and every kill. 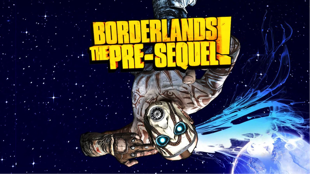 What happens when you take Claptrap and Handsome Jack, put them in space, and add a bazillion new guns? You get Borderlands The Pre-Sequel.This latest entry adapts the formula that makes Borderlands a fan favorite to the low-gravity environment of the moon. Players can take advantage of the Logitech G402 Hyperion Fury‘s programmable buttons to make switching between sniper rifles and machine guns quick and easy, while on-the-fly DPI switching and Logitech’s lightning fast Fusion Engine ensure pinpoint accuracy when tracking prey, even in space. 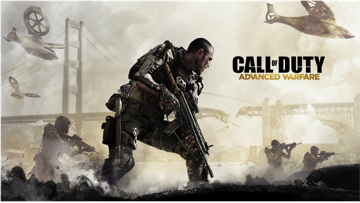 Call of Duty has struck a chord with shooter fans year after year, and this year’s entry in the franchise looks to be no different, with the new exo-suit and futuristic campaign direction piquing the interest of even the most jaded Call of Duty veterans. No other first person shooter requires the same precision and speed, and the Logitech G402 Hyperion Fury is an excellent choice to help you be the best you can. The precision of the Fusion Engine, the 1 MS response time, and the quick DPI switching are all perfect for the fast-paced nature of the game. 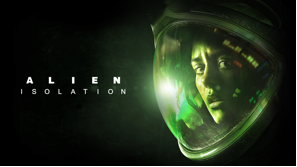 A direct sequel to Ridley Scott’s seminal sci-fi horror film Alien, Alien: Isolation puts players in the role of Amanda Ripley, daughter of Ellen Ripley, who was the last survivor of the USCSS Nostromo at the end of the film. As the younger Ripley, players will explore the derelict space station known as the Sevastopol in search of a flight recorder that may provide some hint as to the 15 year disappearance of her mother. Alien: Isolation is brooding, gorgeous, and filled with an often unbearable sense of anxiety. Up against an unprecedented, indestructible enemy A.I. that operates on no set patterns, players have to use every skill at their disposal to survive the alien menace that stalks Ripley relentlessly across the ship. The Logitech G402 Hyperion Fury ensures that every move is deliberate, every action precise, giving players the accuracy they’ll need to survive. In space no one can hear you scream, but with the G402 Hyperion Fury, you’ll at least have a fighting chance to live another day.

World of Warcraft: Warlords of Draenor 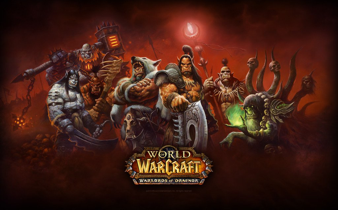 No other online RPG has been as popular over the past decade as World of Warcraft, and this November, the long awaited Warlords of Draenorexpansion finally answers the hungry call of fans. With a control scheme as complex as WOWs, players benefit greatly from having a mouse with multiple buttons, and luckily the Logitech G402 Hyperion Fury has 8 buttons that can be programed freely. Don’t get caught fumbling for that Healing Draught in a PVP fight… with the G402 Hyperion Fury, every item you need is just a button away.

Before the onslaught of games hits the market, get prepped for the holiday season with the Logitech G402 Hyperion Fury. With its innovative features and detailed precision, it takes your PC gaming to the next level.