Think you’re faster than the fastest mouse in the world? Prove it! Logitech G is excited to be at PAX Prime 2014, and we’ve got our Logitech G402 Hyperion Fury Ultrafast FPS Gaming Mouse front and center. Ready, set, #RacetheFury!

If you’re attending PAX, stop by booth 3828 and race the Hyperion Fury – WARNING: the Hyperion Fury goes over 500 inches per second (that’s more than 41 ft.!). We’ll capture your photo finish for you to share on your social channels for a chance to win a Logitech G prize pack AND walk away with a #RacetheFury still action shot (sweatbands for the truly quick).

Not at PAX Prime 2014? You can still join the race! Retweet your favorite #RacetheFury photo finish from our Logitech G Twitter handle for your chance to win.  The prize pack includes the Logitech G402 Hyperion Fury, G710+ Mechanical Keyboard, G240 Cloth Mouse Pad, and the G430 Headphones. One winner at show and one winner playing from home will be chosen daily starting August 29 to September 1st.

For more Logitech G activations at PAX check out booth 1814 for goodies like give-aways, Indie Games, and a Logitech G402 Mouse Speed Test. Plus, meet, greet, and get autographs from our Esport teams, TSM and Cloud 9. 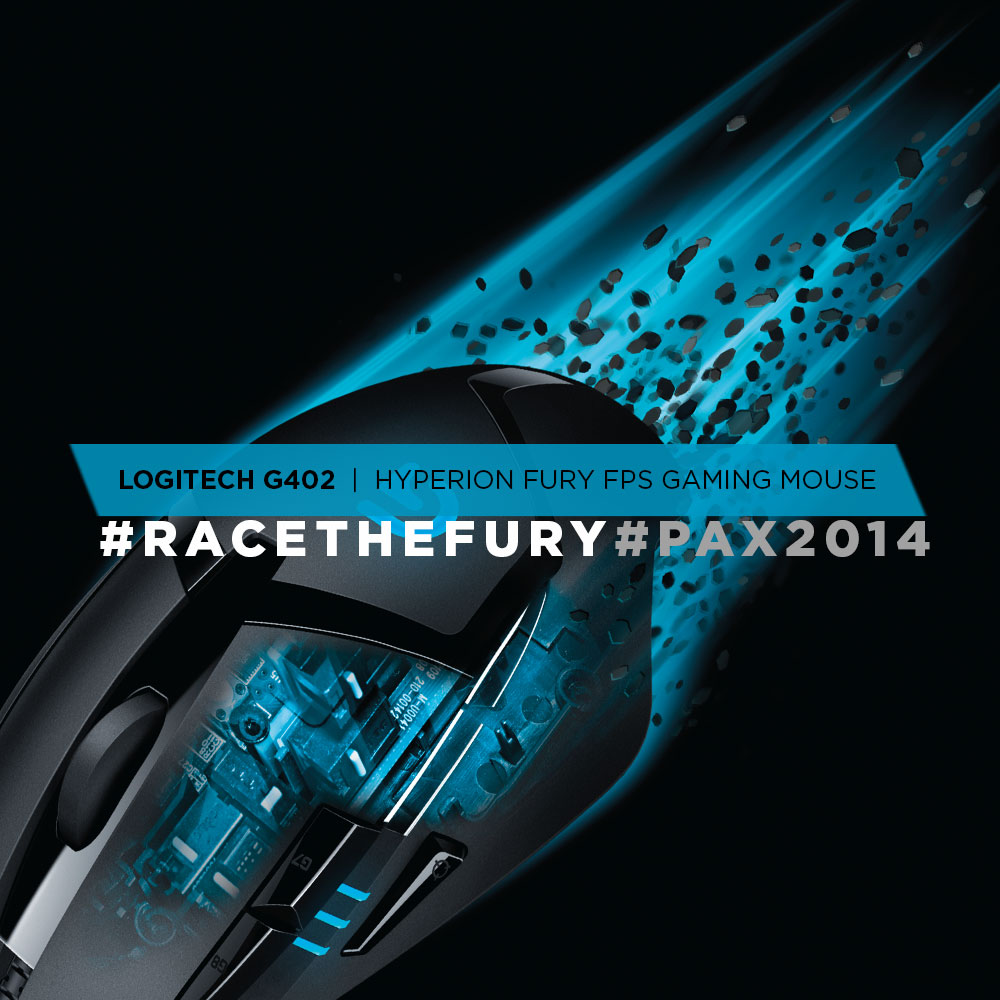