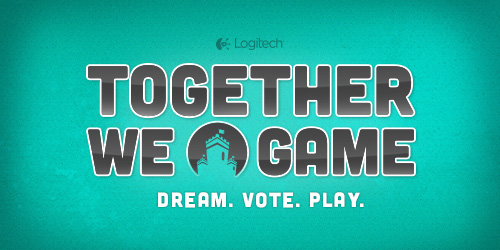 In case you’re just tuning in, we’re creating a crowdsourced video game! The polls are now open, the first of a series of weekly votes where you’ll be in charge of the direction of the game. Up first? We need to decide which environment our video game will have! Your choices are Computer Interior, Noir, Environmental Elements or Biological/Organic.

To cast your vote, head over to logitech.com/social. Voting will be open until Sunday Aug. 24. Our developers will then take the winning choice and begin the process of video game creation.

This vote is only the first step. Each week, for the next 15 weeks, another game element will open for voting. Your choices will determine the game’s ultimate design. Upcoming votes include the game’s playfield, title, enemies and soundtrack — to name just a few.

We’re looking for all levels of gaming experience to get in on this game’s development, so go ahead and vote!

If you’re interested in delving into the deeper brainstorms, head over to our subreddit where we’ll be discussing next week’s topic: Playfield.