Thanks to the incredible power of modern consoles and PCs, environments in gaming have become incredibly photorealistic. It seems like every year, reviewers and gamers catch themselves saying that “I can’t imagine it looking any better than this.” While no game has perfectly replicated real cities on a one-to-one scale, many popular gaming franchises have taken inspiration from famous cities to make their worlds feel more immersive than ever. Let’s take a tour through some of these games and see which have the most memorable cities and what makes them unique. 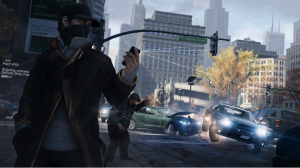 Set in a version of Chicago, Watch Dogs puts you in the shoes of Aiden Pierce, a reluctant hacker who is drawn into a conspiracy larger than himself. Using his smartphone, Aiden is able to hack into the citywide security grid to manipulate machinery, security systems, and personal electronic devices at his will. While famous landmarks and stadiums aren’t mentioned by name or placed in the right spot, the overall layout of the city – including their famous elevated rail lines, tunnels, and river going through the middle of the city – convey the dense industrial layout of Chicago. 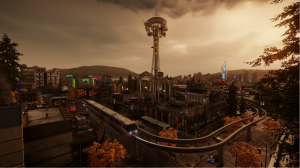 Set in Seattle, Infamous Second Son stars Delsin Rowe, a reluctant outsider who gains superpowers and brings order to the city. Going above and beyond traditional city modeling in game, developer Sucker Punch met with local chains and establishments to garner partnerships and put their brands into the game. While it still isn’t an exact replica of the city, this level of detail makes the streets of Seattle feel authentic and real. 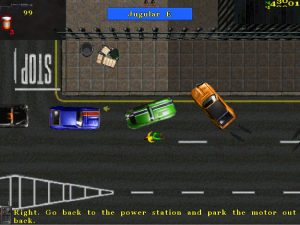 At the forefront of virtual world building is developer Rockstar, famous for the Grand Theft Auto Series. Their first attempt at word replication was Grand Theft Auto London, an expansion on their original hit. From this top down view, players had the chance to drive and cause havoc across London. While not incredibly detailed, the dialogue and car styles conveyed their London atmosphere. They would continue their pursuit of world replication after this game, but this would be the only time they explicitly name a specific city. 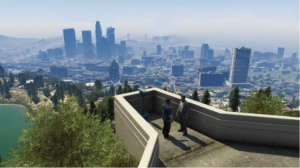 Fast-forward to today, and Rockstar has built perhaps the best model of a city. Grand Theft Auto Vis set in the fictitious city of Los Santos, a clear homage to Los Angeles. The sprawling urban playground allows players to explore to their hearts’ content, from the pier and beach, and all the way to the heart of downtown. Rockstar, however, wasn’t content with stopping there. In addition to the intricate city, they added on an entire suburb to the city, allowing for even more playtime in the hills and deserts surrounding Los Santos. It’s easily the most detailed gaming world ever created, and when it arrives on the PC and next-generation consoles this fall, it will allow players to escape for even more escapades. 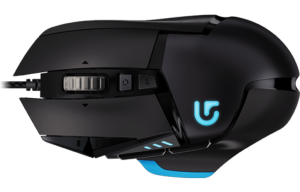 When GTA V hits in the fall, you’ll want to make sure you have the best equipment available to make your countless hours enjoyable. Keep your gaming tight with the Logitech G502 Proteus Core Tunable Gaming Mouse. The G502’s advanced sensor is complemented by a host of other features that also make for the ultimate gaming companion including adjustable weight and balance, 11 programmable buttons and precision tuned laser. It’s versatile enough to work on a variety of surfaces and lets you become totally immersed in these amazing virtual worlds. To see this bad boy in action, check out the video below.