The last day of E3. With calendars full of upcoming games, we know what we’re looking forwards to the next year.

The new Dragon Age takes place in two nations, split into multiple regions. Series creative director Mike Laidlaw explained that just one of these regions is bigger than the entire map of Dragon Age: Origins. Each member of your squad is fully customizable, with craftable armor, skill trees and abilities. Mounts are available for the first time, to make travel quicker. Interaction and choices change the story, as well as the world around you.

Only a few years ago, they were an oddity that no one took seriously. Now they’re serious presence at E3. Microsoft and Sony showed them off in their presentations. Curse had Goat Simulator sitting next to WildStar and League of Legends in their booth. Minecraft has its very own con. With the ease of programming games for platforms such as PC, Android and Ouya and the creation of platforms such as Steam Greenlight and Kickstarter makes reaching a wide audience easy.

The Sims 4 Aims for Fun

Maxis games always were a little silly, but The Sims has turned more comedic over time. Between honest patch notes, spooky glitches, a huge modding community and the ability to make nearly any character you want, the games became funnier. Maxis and EA have listened and created mutant cow plants, more emotions for the sims and even the ability to die from laughing too hard. Try convincing the Grim Reaper to forgive you for that.

Alienware showed off an interesting product at E3, known as Alienware Alpha. It looks like a Steam Machine, but it runs Windows 8.1 and has a custom user interface that allows users to access Steam Big Picture for $550. With support for your favorite gaming mice and keyboards or wireless controllers such as the Logitech F710 means games like Gauntlet, WATCH_DOGS and Team Fortress 2 feel just as good on the couch as on your desktop. 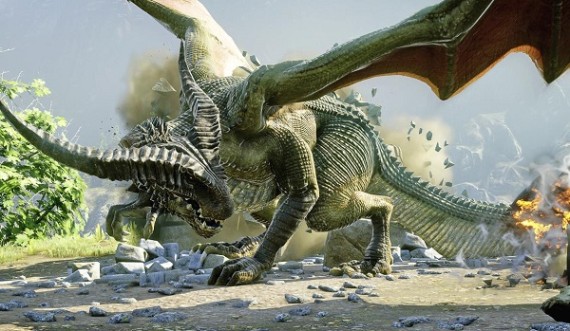