Every May, the world’s top cinematic talents and the Hollywood glitterati descend upon the French Riviera to compete at the most prestigious and famous film festival in the world.

For 60-plus years, the Cannes Film Festival has created a spectacle of dashing stars alongside burgeoning talents who ascend the famous steps up to the Palais des Festivals to take their place in cinematic history. From May 14 to May 25, the festival will showcase a diverse array of films from all over the world, from Hollywood blockbusters to independent art films that will eventually dominate the award season in the coming year.

While many cinephiles won’t be hitting the red carpet, you can still stay on top of all the festival updates and cinema news from all over the world with the Cannes Film Festival Echoes portal site. As the first newsreader with international content that is dedicated to cinema, this site delivers movie news in real time. With over 1500 sources, these “echoes” are a culmination of news sites, blogs and social media shares – all collected and curated from industry insiders. Supported by all devices, you can save and share your favorite stories and follow your favorite media sources.

Explore the site’s interactive map on your TV with the Logitech Illuminated Living-Room Keyboard K830. The essential tool for any modern living room, this wireless keyboard is the ultimate PC to TV enhancement. With no software to program, this space-saving keyboard lets you seamlessly switch between your computer and your TV from up to 33 feet away, using a tiny plug-and-play Unifying Receiver. With rechargeable power, a built-in touchpad and soft-feel keys that automatically dim or brighten based on the light level of a room, it’s a couch-surfer’s best friend. Take advantage of the keyboard’s full functionality by customizing the keys and touchpad to your liking, so you can surf and stream with lightning speed. 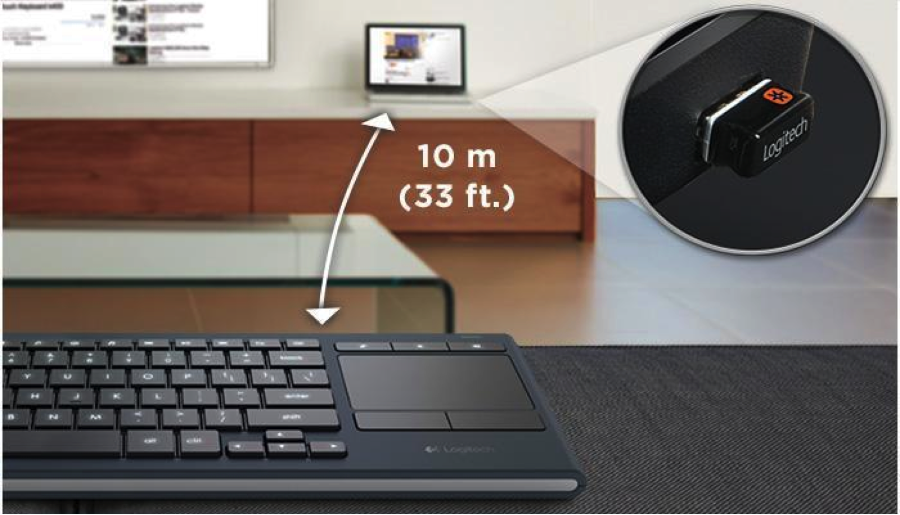 What films are you excited to see in this year’s lineup? Share in the comments.