Before we get too far in, can you tell us a little bit about the character-centric universe in The Wolf Among Us?

It’s based on ‘Fables’ a comic book series written and created by Bill Willingham and published by DC Comics’ Vertigo imprint. The comic has been around over 10 years and has won numerous awards; the graphic novels often spend a lot of time at the top of the New York Times Bestsellers list.

It’s the perfect universe for us to build a game in because it’s incredibly rich in interesting characters and lore, and offers us tons of opportunity to tell great stories. It might seem strange at first (if you’re not already a fan of Fables) when we tell you that you’re going to experience a very dark and mature tale when the characters are from fairy tales, but Bill went back to the source of the original fairy tales to find the dark heart at their centers. This means that characters in the game that you might have grown up seeing in animated movies or on lunchboxes are not the two-dimensional beings who are simply good or bad, looking for their handsome prince or to rule a kingdom. The world of Fables is far more complex than that; these are living, breathing ‘people’ with problems like the ones we mortals (or ‘mundies’) have, except they’re amplified many times over because we’re talking about often immortal and sometimes preternaturally powerful beings with hundreds and sometimes thousands of years of history. 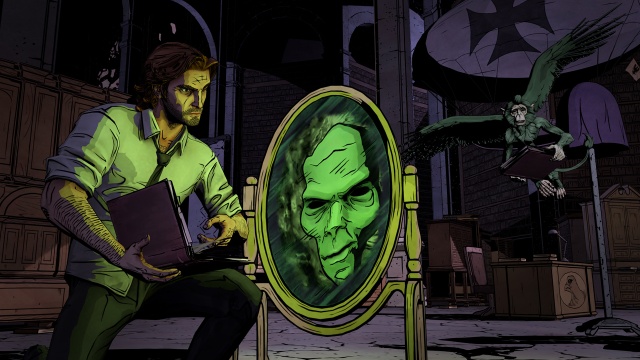 You play as Bigby Wolf, Sheriff of Fabletown, a place hidden by magic located in Manhattan. The Fables (Snow White, Baba Yaga, Beauty and the Beast, Ichabod Crane and many, many others) are here in our world because they’ve been driven from theirs by a force known only as ‘The Adversary’. It’s up to Bigby as Sheriff to protect the Fables from the mundane world and deal with any internal crime. He’s the perfect detective because of his enhanced senses (being awolf) and physical strength and resilience.

So, you guys are quite famous among the PC gaming community for successfully bringing back the story-driven adventure games, and you’ve done amazing work with The Walking Dead and the moral decisions. What did you carry forward from your previous games, and what new play elements have you slipped into TheWolf Among Us?

We kept many of the same dynamics you saw in The Walking Dead as far as choice goes because we want you to care about the characters and the story, but we knew that if one thing had to change, it would be the action. If you played The Walking Dead Season One, you know that the main character – Lee – is just a normal guy. He doesn’t have any ‘powers’ (other than perhaps falling down a lot), but in The Wolf Among Us, you are Bigby Wolf; literally the Big Bad Wolf in human form. Your father was the North Wind, you’re pretty much immortal, you can smell, hear and taste way beyond the spectrum of a human and you’re incredibly strong, so when there’s a fight (and there are plenty), it goes well beyond what we saw in The Walking Dead. 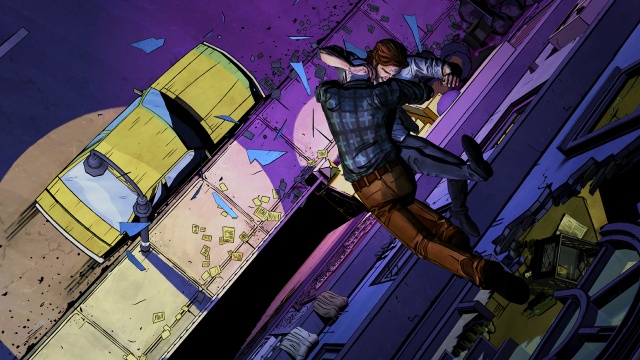 The important thing, though, is that the theme of ‘choice’ continues even in fight and action scenes. Even in those moments, you can choose how Bigby reacts. That can be something as simple as deciding which particularly heavy piece of furniture to rams someone’s head through or just how ‘far’ you should go. You’re the big bad wolf, so there’s always this undercurrent of brutality waiting to be unleashed, but by ‘wolfing out’ you might alienate people that you want to keep on your side or that you care about. Other characters see, experience and remember what you do and that directly affects the story.

What perks does playing with a PowerShell  controller bring to a player?

We worked hard to make sure that the use of the PowerShell provides a seamless, intuitive, console-quality experience and that’s certainly reflected in the action and fight scenes, and everywhere else in the game for that matter. 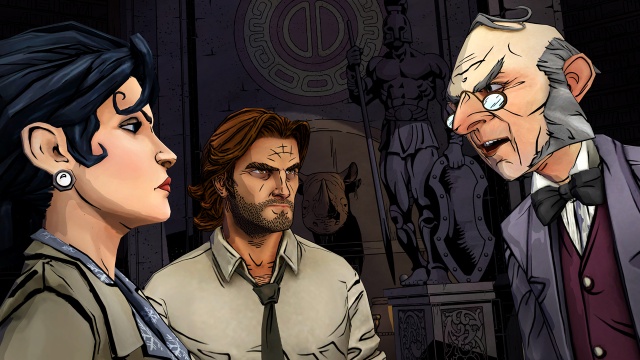 True fact: I literally picked up the first episode and was unable to stop, finishing it around 3AM, and I almost started it again that night for a second playthrough. Do you think this will likely happen to me for episode 2?

We hope so! In fact, we encourage it! Your choices matter to how the story flows, so a pathway you create could end up being very different to that of another player. There are no ‘good’ or ‘bad’ choices, everything you do is equally valid and so we made sure that every possible pathway is just as fun – but different – to every other. Once you’ve completed an episode, you can check out the ‘stats’ to see how your choices stack up against those of other players. You might have chosen something the majority did in one instance, but were in the minority on something else. That’s a good tool to see where you can go back and do something different and see how that choice ripples out to affect the game world around you.

A special thanks to Jonathan for his time, and you should immediately check out their game here on the iTunes Store. We here at Logitech expect you’ll be as entertained, capitvated, and as happily sleep-deprived as us.

And don’t forget to check out our PowerShell Controller + Battery for that console-to-go experience and play your favorite games, including The Wolf Among Us, whenever and wherever you like. 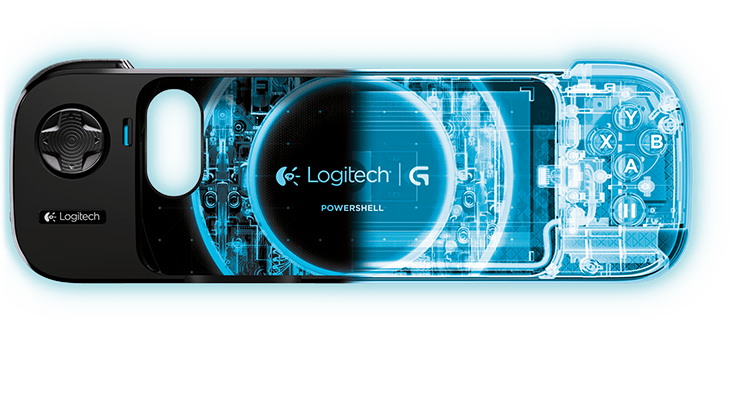