Speculations, raging fan wars and celebrity juice diets can only mean one thing, it’s time for awards season! The Academy Awards and Screen Actors Guild Awards may be the primary career makers and breakers, but the Golden Globes are always the most entertaining spectacle of all. Tune in on Sunday, January 12th to see what happens when you mix together Hollywood stars of film and television with an endless supply of bubbly. Make sure to catch all of the action with the Logitech Harmony Ultimate Remote, which makes it so easy to customize your favorite channels in switching over to breaking red carpet coverage during commercial breaks. And now that the nominees have been announced, here’s what to expect before you plan your screening party.

You can’t control who wins, but you can rant and rave about the nominees during the show via the Harmony Smartphone App. It instantly turns your tablet or smartphone into a personal remote, letting you simultaneously control your TV and access social media. With so many great performances to choose from this year, it’ll be a tough race – but here are the rumored contenders: 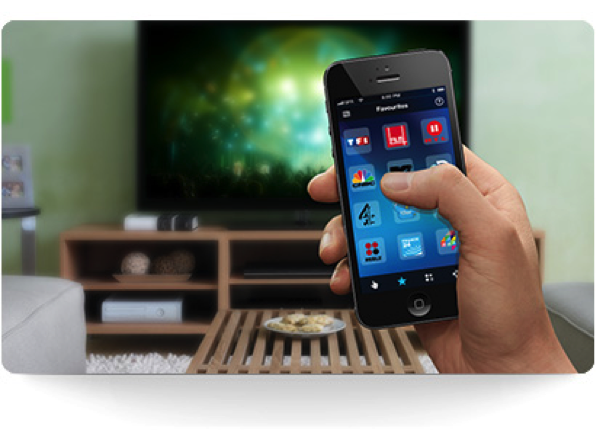 12 Years A Slave and American Hustle are the top films to beat, leading the awards with seven nominations. It’s also going to be a battle of the British gents, as Chiwetel Ejiofor and Idris Elba go head-to-head as double nominees in both film and TV. Ejiofor is the breakout star of the emotionally wrenching film 12 Years A Slave and the series Dancing on the Edge, while Elba is dynamite in the BBC series Luther and played the recently fallen luminary, Nelson Mandela in the biopic Mandela: Long Walk to Freedom.

Cate Blanchett’s unhinged performance in Woody Allen’s Blue Jasmine is a leading favorite, while the controversial French drama, Blue is the Warmest Color, is a shoo-in for Best Foreign Language Film. Breaking Bad is too big to fail in the TV department, but meanwhile, we’re crossing our fingers for Michael Douglas as the sequin-obsessed piano virtuoso, Liberace, in HBO’s Behind the Candelabra.

As Globe nominations are split into categories, there’s ample opportunity to feature more variety in films and series. These categories, however, can often comically blur the lines of logic – filing Spike Jonze’s dystopian romance Her and Martin Scorsese’s chronicle of greed and corruption, The Wolf of Wall Street, in the Comedy/Musical category seems a little odd. The really big categories to watch with nail-biting intensity, though, are the Best Motion Picture picks, Best and Supporting Actors and Actresses, and Best TV Series.

After hitting it out of the park at last year’s proceedings, our favorite comedic dream team, Amy Poehler and Tina Fey, return to host the Globes again. That means plenty of great one-liners (and not Ricky Gervais-style barbs) and an endless supply of animated GIFS for the day after. With an abundance of comedy mixed in with more serious-minded Oscar bait, the Hollywood Foreign Press has certainly gotten it right this year. As a lot of the old standbys (Mad Men, Homeland) make room for some fresh offerings (Masters of Sex, Orange is the New Black, and Orphan Black), this year offers a nice mix of underdogs to root for. The real question is: who will get to shout out “I beat Meryl” this time?

Who do you want to see take home the gold? Share your favorites in the comments!