The 2014 International Consumer Electronics Show (CES) kicked off on Monday in Las Vegas, and besides being a lot of fun, it’s always an exciting opportunity to see what the year ahead holds. This year’s notable trends included TV’s (4K, Ultra HD and curved designs), wearable tech and car technology.

Tablets were also a hot topic, with Samsung announcing its new Galaxy NotePRO and Galaxy TabPRO tablets. Logitech was right alongside them, announcing Logitech PRO, a slim protective case with a full-size built-in Bluetooth® keyboard made specifically for these new Samsung tablets.

In case you missed our blog post, this year at CES, we gave show-goers a chance to test and review our favorite products – directly from our newscast set on the show floor. With props, a teleprompter and green screen, it was definitely a sight to be seen. Here’s one of our favorite videos:

Check out some of the other videos on our Facebook page or YouTube channel, and let us know what you think in comments.

Read on for some of our favorite articles from the week: 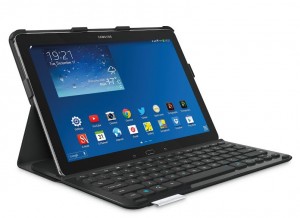 Both CNET and Gizmodo went hands-on with the Logitech PRO, with Gizmodo saying it is, “…an absolute joy to type on.” Digital Spy in the UK and Dutch blog, TabletGuide.nl, also covered our announcement. 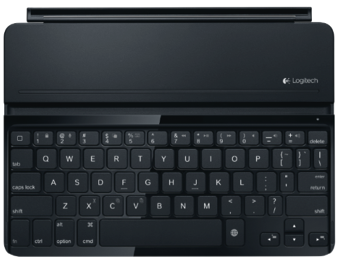 If you’re still searching for the best tablet, check out this Men’s Journal article, Jon Chase provides his expert advice on which handheld device is right for you. Included in the article is the Logitech Ultrathin Keyboard Cover for iPad Air. Jon said it’ll make the iPad Air more “potent” and “portable.” Pick up the latest print issue to read more. 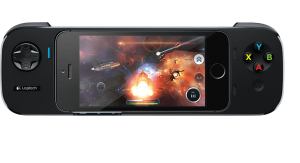 The Logitech PowerShell Controller + Battery appeared in various publications throughout Europe as well this week. French magazine, Télé 7 Jours, included the device as their gadget of the week, while Swedish newspaper, Ljud & Bild, went hands-on with the controller in their latest issue.