The iLounge 2014 iPad/iPhone/iPod Buyers’ Guide is out – and we’re happy to share that Logitech received four iLounge Best of the Year Awards!

The Logitech Bluetooth® Easy-Switch Keyboard won both Keyboard of the Year and Accessory of the Year, in part because it makes it easy for people to type on and switch among their Apple TV, Mac, iPad and iPhone with the push of a button. It’s also illuminated and rechargeable, rounding out its highly functional design.

The Logitech UE™ 900 Noise-Isolating Earphones won Headphone of the Year for their clean, well-rounded, textured sound, which is surpassed only by our Custom In-Ear Monitors. People love that they have four-armature speakers per ear and a three-way crossover in a universal fit.

Plus, Logitech also won Accessory Developer of the Year, as selected by iLounge editors.

“It’s rare for a company to win even one of our Best of the Year Awards in a single category, but Logitech had an incredible year,” said Jeremy Horwitz, editor-in-chief, iLounge. “It produced the best keyboard accessory we’ve ever seen for Apple’s devices in the Bluetooth Easy-Switch Keyboard; a breakthrough set of quad-driver earphones with UE 900, and many memorable speakers. Our editors all agreed that Logitech deserved our top honors for both Accessory of the Year and Accessory Developer of the Year.”

We know that iLounge editors test hundreds of new Apple products every year, and we are honored to be recognized, both for our products, and our commitment to innovation, function and design.

Additionally, the UE BOOM and Logitech UE™ Boombox were named as runners-up in the Best Small Speakers and Best Midrange Speakers categories respectively, and the Logitech Ultrathin Touch Mouse T630 was featured in the “What’s New in Mac” section of the Buyer’s Guide.

If you’re at CES (Las Vegas, Jan. 7-10, 2014), keep an eye out for these awards in the video presentation at the entrance to the iLounge Pavilion. 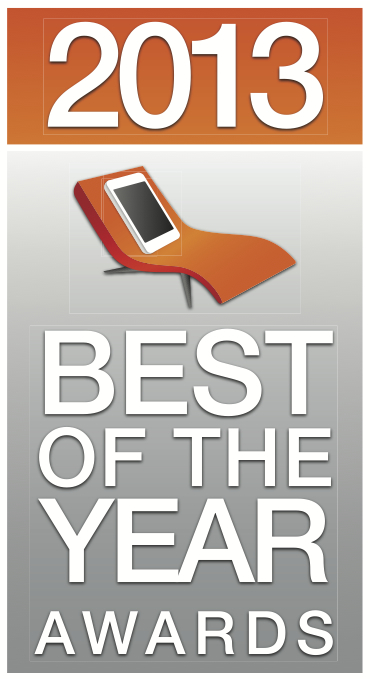