This week, we announced the expansion of our keyboard lineup with the Logitech Wireless All-in-One Keyboard TK820, an ultra-slim keyboard that features a large built-in touchpad. The news media were quick to post articles about the announcement, and we’re happy to share our favorite articles with you, in addition to a few other picks from the week.

CNET, Gear Patrol, PCtipp and Tweakers are a few of the sites that covered the announcement of the Logitech Wireless All-in-One Keyboard TK820. John Falcone with CNET noted, “The TK820 isn’t Logitech’s first keyboard/touch-pad combo, but it may well be the company’s most attractive one ever, with a striking blue steel look.” 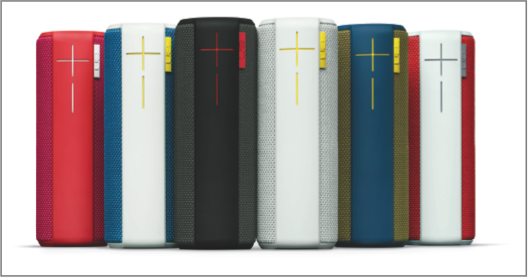 The UE BOOM was featured in the 2013 Men’s Journal Style & Design issue, which included a selection of the most beautifully designed products on the market – from cars to home appliances to sports equipment. Editors highlighted the UE BOOM for its “display-on-the-mantel looks” and “take anywhere build,” as well as its “sweet, room-filling sound.” You can check out the full feature, here. The UE BOOM was also featured in OÖNachrichten, a daily newspaper in upper Austria, where the writer noted, “…whoever is looking for wireless speakers, will be more than happy with the UE BOOM.”

Ireland’s largest daily newspaper, the Irish Independent, cited the Logitech FabricSkin Keyboard Folio as a stand out iPad accessory in an article about turning your iPad into a mobile office.