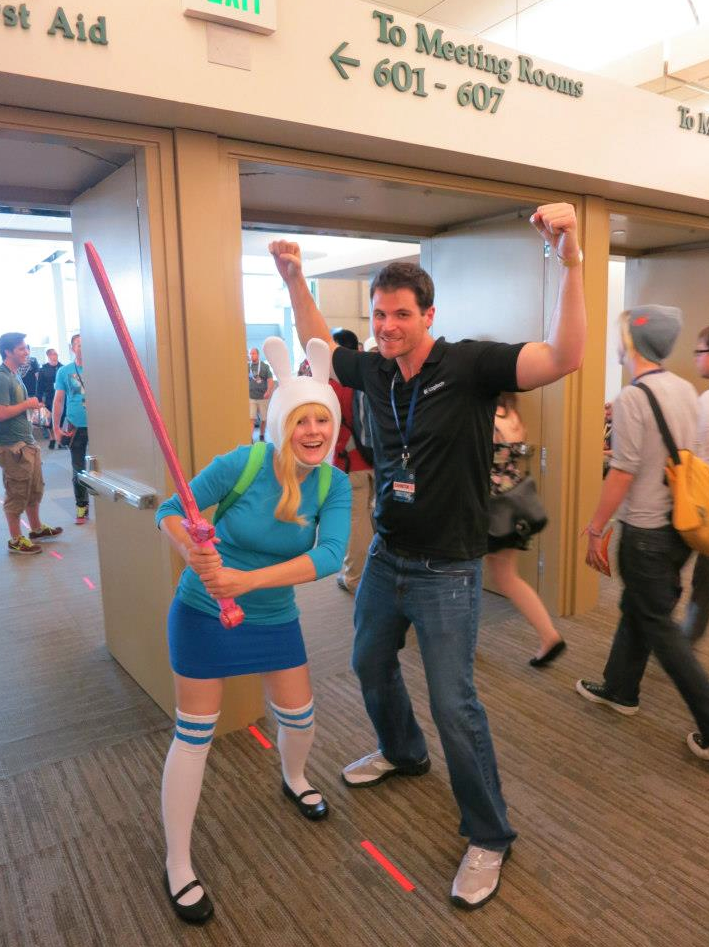 If you’re a Logitech G fan, you probably already know Charles Bathel AKA “Charles B.” and “OldKingHamlet” from his role as moderator of the Logitech G Facebook page and Twitter handle. Due to popular demand, here’s your chance to get to know the gamer, the man, the cosplayer (just kidding, he only hangs out with them) behind Logitech G’s social media channels.

What was your first video game console?

The original NES on which I played endless amounts of Zelda, Metroid, 1943, A Boy and his Blob, the incomprehensible Batman game, the entire Megaman series, and of course, Super Mario.

The snob in me wants to say mid/late-era 90’s: We had Chrono Trigger, Seiken Densetsu 3 (Thank you fan translators.), Castlevania: Symphony of the Night, System Shock 2, Quake…. It was quite an era. But really, I think we’re living in the best of gaming times right now. True indie games are taking off like mad such as Hotline Miami, Gunpoint, and Bastion. Amazing mods, like Day Z, are challenging how we behave and interact with each other in games, and games like Bioshock Infinite can push the boundaries of storytelling and really throw people out of their comfort zones. Game developers are learning how to really challenge themselves and their audiences right now, and I couldn’t be happier

How many hours do you game every week?

What is your PC game of choice?

I tend to stick mostly with FPS and RTS games. I like cooperative shooters like Battlefield 3 and L4D2, and cover-based RTS games like the Company of Heroes and Dawn of War series.

Command and Conquer or Age of Empires?

Command and Conquer. AoE is excellent, but C&C is awesome.

SSmB? Pichu, because it was fun racing the impending death of a character that constantly injures herself.

True or False: FPS should only be played with a mouse and keyboard?

Best gaming community you’ve been a part of other than Logitech G’s?

The QuakeCon community is one of the best in North America, and getting the chance to help and volunteer at the 2012 QuakeCon was one of the best experiences I’ve had, and I’m looking forward to being there again for 2013.

Did you ever use the money cheat for the Sims?

True fact: I’ve never played The Sims. Not even once. 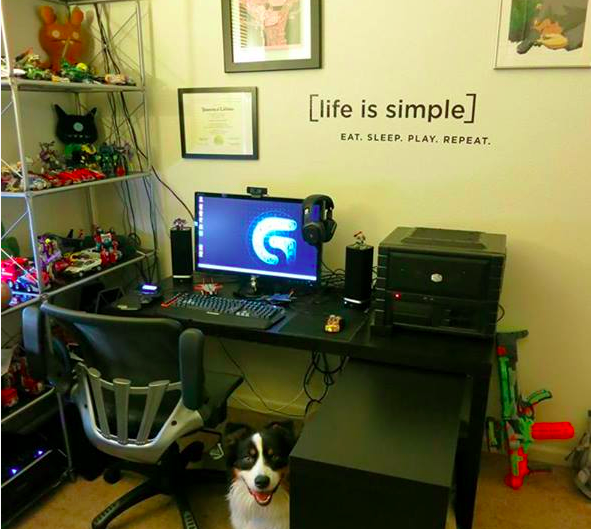 What are the specs of your current PC? How often do you upgrade?

It’s a bit beastly right now: i7-3770k on a Intel DZ77RE-75K motherboard, 8GB Corsair Vengeance RAM, Corsair H80 cooler with push/pull fans, GTX 780 GPU with a GTX 460 for Physx, and two SSDs: one 160GB for system and some of my games, and the other 240GB drive for Steam alone. In fact, you can see my system here. I try not to upgrade too often as it can get addicting, but usually at least something once a year.