With all the buzz for E3 and the console launches and DreamHack, it could have been easy to lose track of all the releases this month. But we’ve been keeping our eyes and ears open on the great things to play this month, and it’s now time for the Logitech’s snack-sized previews for the biggest (and smallest) games coming your way. We’re checking out three releases that exemplify the current landscape of PC gaming; the big title, the indie hit, and the follow-up by the indie hit maker. Without further ado, let’s get to the games!

Gunpoint: This charming little title provides a compelling story wrapped in a standard puzzle mechanic with a touch of flair. A 2D game for the 21st century, Gunpoint breathes out style and creates an atmospheric experience unlike any game in any platform this year. Either ruthlessly beat your enemies or avoid them completely using your cunning hacking abilities, the choice is yours as both are legitimate ways to beat the game.

Recommended Gear: Grab a Logitech G230 and melt into the game with its quirky Jazz soundtrack and unconventional (for this era) storytelling. The massive web of conspiracies and double-crosses unfold through text and in-game mechanics such as emails and notes yet it provides a compelling, memorable experience. 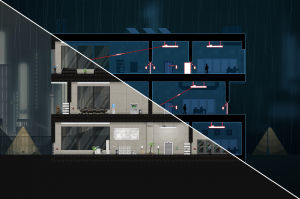 Remember Me: This game transports you to Neo-Paris circa 2084, a cyberpunk mutation of the City of Lights. Think Blade Runner but brighter. This title has the highlights of an aspiring summer blockbuster due to its active combat heritage akin to Batman or God of War series along with an intriguing story worth fully experiencing. Remember Me is propelled by a compelling game mechanic called Memory Remix, where the player is empowered to go inside a specific memory to mess about until the set outcome is achieved. Set pieces, boss fights, and environment puzzles round up this unique and memorable title.

Recommended Gear: Take control of the game with the Logitech G105 Gaming Keyboard with its long-life LED backlighting for those intense gaming sessions that stretch into the night. 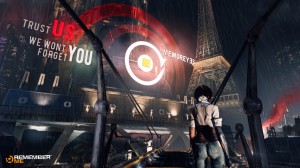 Scrolls: Mojang is back for a whole lot more, after dominating the gaming landscape with Minecraft. Using the same business model as their last game, Mojang released their Collectible Card Game (CCG) as a beta with advance purchasers getting access to the game as it reaches 1.0 release. Those familiar with Magic: The Gathering will be treading familiar ground, as the mechanics are very similar; you have cards and you use equal mixes of cunning and luck to battle. Being in Paid Beta means that the game is not feature-complete and might be a bit bare, but online multiplayer is already working and judging by the popularity of Minecraft, there will be plenty of challengers online. The question now is, can Mojang catch lightning in a bottle twice? 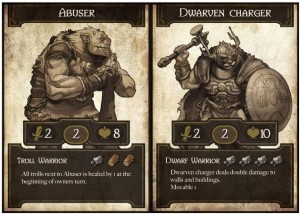