It’s almost summer, which means it’s time to start planning your summer music festival experience. This year there are more chances than ever to dust off your passport, pack your duffel and cross off a bucket list event you’ll be talking about for years to come. From Japan to England, Spain to the U.S., there are options abound (just don’t forget to pack your UEs on the trip). Ready to make a musical memory that will last a lifetime? Then check out our picks to click below and don’t forget to send us a postcard. 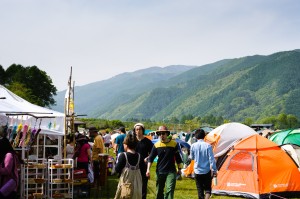 The maximum capacity of this festival is 7,000, so tickets usually go pretty fast. Despite being a fairly new festival, Taico is becoming one of Japan’s hottest attractions, gaining popularity fast among music lovers alike. If you have children, you might want to hire a babysitter because the Taico Club does not allow kids at this over 20’s music event. Set alongside the gorgeous mountains of Nagano, attendees can go hiking in between sets on the snowcapped mountains. Adventure seekers rejoice because this is the festival for you! This year’s lineup includes Animal Collective, Ricardo Villalobos and Machinedrum. 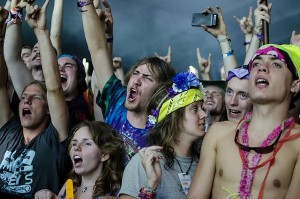 Bonnaroo is an annual four-day music festival created and produced by Superfly Presents and AC Entertainment, held at Great Stage Park on a farm in Manchester, Tennessee, USA. In addition to four days of music, attendees can also check out stand-up comedy acts, movies, ride on water slides and more to stay entertained between music acts. This year you can expect an eclectic variety of musical talent including Paul McCartney, Kendrick Lamar, Billy Idol, A$AP Rocky and more. 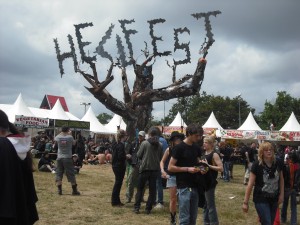 Hellfest is back with a bang this year featuring rock heavyweights Def Leppard, Kiss, ZZ Top and White Snake. Metal bands often don’t get as much attention at other festivals, but at Hellfest they are the main attraction. The festival originated when a small group of friends obsessed with hardcore metal got sick of traveling long distances to see their favorite bands and decided to bring the bands to them. Forward to 2013 and Hellfest brings in more than 50,000 attendees every year.

Since 1970 the Glastonbury festival has been bringing together music lovers worldwide to the namesake small countryside town. This summer the legendary Rolling Stones will be headlining the festival alongside a slew of big name music acts including Mumford and Sons, The xx, Azealia Banks, Solange and many more. Fun fact:  In 2011 Beyonce made history as the first woman to headline the Glastonbury! 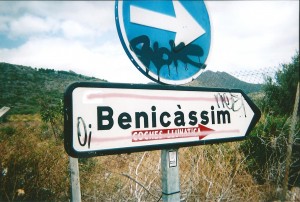 This festival differs from many others where concert goers must abide by a curfew, but here the music starts at 5 p.m. and goes until the early hours of the morning. It’s also one of the few festivals where you can relax on the beach during the day and buy your own food in nearby supermarkets instead of coughing up big bucks for food vendors. Extra bonus? The festival has its very own outdoor showers! This year’s lineup includes Artic Monkeys, Queens of the Stone Age, La Roux, Benny Benassi and Christian Smith. 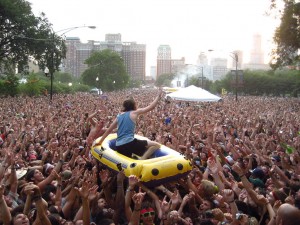 Lollapalooza is one of northern America’s most popular and longstanding music festivals. The festival was originally created in 1991 by singer Perry Farrell as a farewell tour for his band Jane’s Addiction and hasn’t looked back since, bringing in music’s biggest names from around the world year after year. Set in the windy city, attendees can spend time outside of the festival by touring Chicago’s other numerous attractions including the Sears Tower and the magnificent mile of shopping. The 2013 lineup is star-studded with The Killers, Nine Inch Nails, Steve Aoki, Lana Del Ray and Crystal Castles, to name a few. 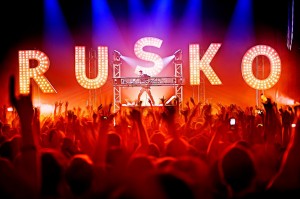 Formerly known as the World Trance Festival, the World Electronic Music Festival is three days of non-stop dancing, fist pumping and beat dropping from more than 150 international artists. This giant rave is for the die-hard clubber who wants to party with thousands of other sexy, dubstep loving fans. 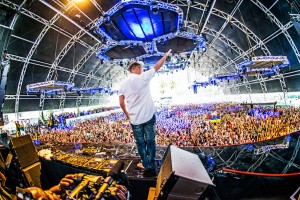 Electric Zoo is a popular electronic music festival held every Labor Day weekend. This year the concert is celebrating its fifth year with five different stages, two main stages and big name acts like Aviici, Benny Benassi, Martin Solveig, Tiesto, David Guetta and A-Trak. The great thing about this festival is the proximity to NYC and its fellow boroughs. Giving concert goers plenty of travel accommodation options and places to explore.

Budweiser Made in America 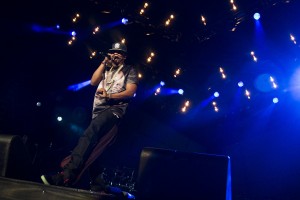 The Made in America festival was started by legendary hip hop mogul Jay-Z just last year and its already become one of the United States most coveted events to attend. Believe it or not, Jay-Z himself handpicks each and every performer, no surprise his wife superstar Beyoncé is a headliner this year. The second annual Made in America festival will feature DJ’s Calvin Harris and Porter Robinson, as well as Empire of the Sun. Best part is tickets are still available for the festival!