This week in Logitech news, The New York Times posted a review of the new Logitech Ultrathin Keyboard mini on its Gadgetwise blog. The author highlighted its full-size features, straightforward Bluetooth connection, battery life and commands. CNET and TechCrunch, along with Revolucao Digital, an online technology magazine in Portugal and PC Tipp, a Swedish online publication, also posted reviews of the new product. Of note, David Etherington of TechCrunch noted Logitech, “…successfully balances size and performance.”

In other news, Logitech’s lineup of keyboards received some love this week from Maximum PC and Macworld. Maximum PC’s March 2013 print issue included the Logitech Washable Keyboard K310 in a standalone feature titled “A Keyboard for Clean Freaks.” Editors put the keyboard to the test with mashed up Cheetos – “the bane of all keyboards.” After a thorough washing, they concluded that the keyboard, “looks like new, and works just fine.” The Logitech G710+ Mechanical Gaming Keyboard was also featured in this issue, where it was ranked with 9/10 points. Separately, Macworld featured the Logitech Bluetooth Easy-Switch Keyboard in the March 2013 print issue, under the “Hot Stuff – What We’re Raving About This Month” section, as well as the Logitech Wireless Solar Keyboard K760 in the “Top Products” section.

Snapshots of these two print issues are below:

Also this week, the German edition of GQ included the Logitech Wireless Rechargeable Touchpad T650 in its feature on mobile devices. And, the Russian edition of Cosmopolitan highlighted the Logitech Global Graffiti Collection, in which prominent Russian designer Dasha Gauzer said that mice with prints are a “must for every woman.”

Here are screenshots of the features: 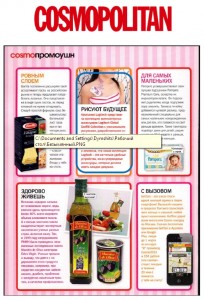 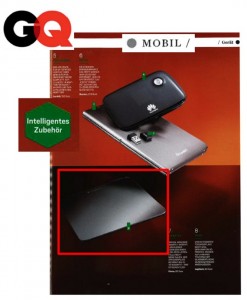