From the moment the doors opened at gdgt Live in Chicago last Friday, Logitech’s booth was slammed! This year’s event had more than 800 gadget lovers checking out the industry’s latest and greatest products. It was so busy that people were lined up down Michigan Avenue to get in, and the event even hit capacity at one point! 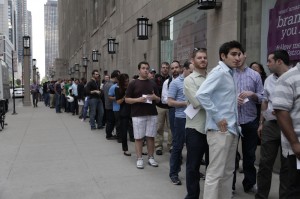 The show’s atmosphere was electric, and people were really eager to hear about the products that were on display. 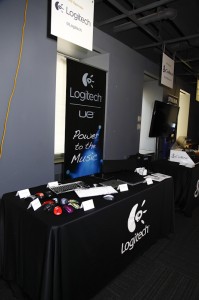 We saw a lot of enthusiasm around the Terracycle recycling event on Friday evening, which had people actually running to our booth! Personally, I loved seeing all the kids who were so excited to trade in their old mice for colorful new ones. Hats off to Chicago for participating in the recycling program! And for those that missed out on the opportunity, you can follow us on Twitter and Facebook to get the scoop for future recycling events.

Did we see any of you at gdgt Live in Chicago? If so, let us know in the comments section below!

Check out the photos below, for an idea of what the event was like: 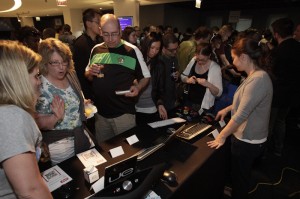 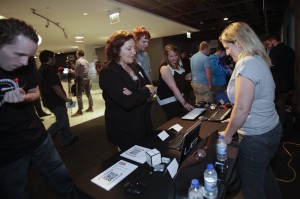