Finally have your new iPad? We’ve got you covered. Today we announced a new keyboard accessory for the new, third-generation iPad® and iPad 2: the Logitech® Ultrathin Keyboard Cover.

Extra sleek and thin, the Logitech Ultrathin Keyboard Cover is a stylish, aluminum screen cover that protects your iPad screen and features a built-in keyboard that pairs through Bluetooth. It attaches securely to your iPad with a magnetic clip and its built-in stand holds your iPad at the best angle, whether typing or watching a movie. The ultra-slim keyboard cover also has an instant On/Off feature, which automatically wakes up your iPad when you open the cover, and puts it on standby when you close it.

Keyboard function keys offer enhanced navigation, and a piano-black finish adds style. All this and it’s just as thin as your iPad. 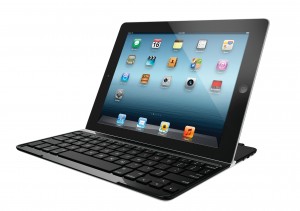 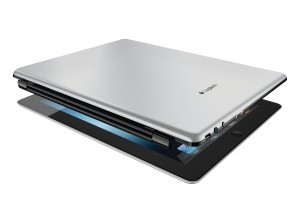 Don’t forget, Logitech’s Keyboard Case for iPad 2 and Tablet Keyboard for iPad also work with the third-generation iPad. So, whether you want to boost productivity during the morning commute, or simply add protective style, Logitech has you top of mind.

Check out the video below and let us know in the comments what you think of this new keyboard cover.

View all posts by Alexis Richard →
Director of brand development for tablet accessories at Logitech.