We at Logitech know people love the convenience of using a headset – it’s a lot easier to get things done when you’re not holding a phone to your ear for half the day. But there can be drawbacks.  First, more and more people are making video calls and some of them tell us they don’t want to wear bulky headsets that can look unattractive. Second, let’s face it, most typical headsets aren’t really “hair friendly” – we had some fun with this here.  Our solution is the new Logitech BH320 USB Stereo Earbuds that we announced today.

In a way, creating a USB earbud headset is an obvious choice – people buy earbuds by the tens of millions every year.  However, creating a “business grade” product was easier said than done.  To ensure the audio quality of the BH320 USB Stereo Earbuds, we decided to pass the rigorous qualification process to achieve the “Optimized for Microsoft Lync” designation – becoming the first earbud headset to do so.

The BH320 USB Stereo Earbuds are light weight at just over one ounce, barely visible during video calls, are tuned specifically for voice communication and also have the benefit of being very portable. 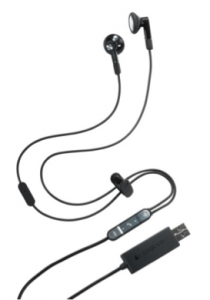 Beyond looking good, the BH320 USB Stereo earbuds help IT managers resolve a specific pain point in adoption of UC solutions. By offering the option of earbuds, IT managers can boost end-user acceptance of PC-based audio and video calls, ensuring UC spend is justified.

More information on the Logitech BH320 USB Stereo Earbuds and other Logitech products for business is available at www.logitech.com/business.