What Goes into Creating a Fan?

For February, the Ultimate Ears Artists to Watch program is featuring new music from dance sensation Emma Hewitt and indie superstars Portugal. The Man. While their styles are completely different, their philosophy on music and growing their careers is very similar.  They both realize that music is about the fans so I am very excited to share them with the Logitech UE Community.

Rich Holtzman, manager of Portugal. The Man once said about the bands’ growing popularity “Our belief is not that they were “fans” but rather they were people who just had the same taste in music as we did.” This is a radical departure from some industry notions. The band chose to grow slowly and to cultivate real relationships with their audience members. This made each fan feel special and part of a certain club. This intimacy made it more fun to listen to the music and to be a supporter of the music. And they are obviously doing something right. Portugal. The Man has an engagement rate with their fans via social media that most multinational corporations would kill for. How did they do it? One person at a time. 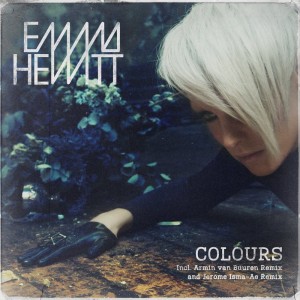 Same goes for Emma Hewitt. She broke onto the scene as a backup vocalist for Chris Lake in 2007 and quickly became involved with many top charting dance tracks. But instead of rushing into fame, she took her time to cultivate solid relationships with all the relevant DJ’s and producers. She’s been working behind the scenes for 5 years, slowly building up her fan base one by one as well in anticipation of her debut solo album. And what happened? Within 24 hours of the single’s prerelease on YouTube, she racked up over 30,000 views. This doesn’t just happen. It all takes an inordinate amount of work and relationships.

So what’s that take home lesson from all of this? That music is more that just an arrangement of notes and sounds. It is a dialog that connects people through time and space and it is something to be shared between friends. That is the heart of it all. The artists who best understand this are the ones that are succeeding in the industry now and everyone at Logitech UE is thrilled to do what we can to support them.  Enjoy!