We caught up with Dan Magaha to get the details on SOL: Exodus. Check out the interview below for answers to some of our most burning questions SOL: Exodus, an upcoming space combat simulator PC game scheduled for its release later this month. 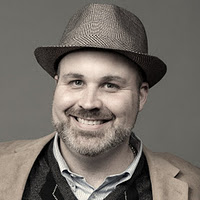 What is your role on SOL?

I’m the Studio Director and Executive Producer on the project. Among other things, I make sure development is keeping pace with where it needs to be, work with the team to get things like art and audio outsourcing done, write manuals and marketing copy, keep the kitchen stocked with coffee and soda…

What was the inspiration behind SOL and how did this game come about?

We began work on SOL a little over a year ago but it actually began as a concept that our Creative Director, Chris Stockman, had been wanting to do for quite a while.  I hired Chris in late 2010; when we were discussing the position and our desire to do Seamless’ first original game, he started telling me about a space shooter he’d been developing, and things kind of progressed from there. We’re a really small team – just myself and the 5 guys who do all the heavy development work – so it was important to choose something we could not only really knock out of the park, but also something we could build and expand on if the game was a big success.  Chris was the design director on the original Saints Row, so the conversation that began with SOL eventually ended with, “now imagine the sequel, but we do an open world space game…”

We love Space based flight games, are there any past games that have influenced SOL that you and your team love?

Of course, all the classics; Wing Commander, The X-Wing Series, Freespace, Freelancer. Chris worked on a game called Tachyon: The Fringe that still has a cult following. Like every kid who grew up with a C64, Elite is a no-brainer. The three main things we were really adamant about with SOL, though, were that we wanted the game to be extremely accessible, we wanted to really focus on the visceral experience of being the pilot in the cockpit, and we wanted to tell a story. We decided early on that we didn’t have the resources or even the desire to try and shoehorn trading or economics systems in, and there are a number of other common space game tropes like ship design and that sort of thing that are fun and awesome, but just not core to the experience we’re trying to deliver.

Can you explain what SOL is about and what are some of the key features?

First and foresmost, SOL is an action shooter.  We put you in the cockpit and tell you to go out there and save mankind.  But we’re also telling a story, and that story centers around a question: “What would happen if our sun were going to die, and half of humanity were putting their hope into technology and discovery to find a new home, while the other half were resigned to their fate and put their faith into religion?”  We think it’s a lot more interesting to tell a story in our solar system, with human characters who have real, relatable motives, and fight battles in front of landmarks like Saturn, Jupiter, and Neptune, rather than to create our own universe with aliens and strange technology and that sort of thing.   We’re big fans of the BSG remake and that’s something that probably comes through in a lot of the themes of the game.

From a gameplay perspective, we’ve got 8 playable missions in this first game that sort of march progressively from the outer reaches of our solar system towards the sun (or Sol, as it’s often called).   Each mission has different goals and playstyles; some are pure dogfighting, others require you to take on monstrous capital ships, hack into them and find ways to bring them down; others will see you protecting civilian transports as they try to escape.  We’ve got a mission where you’re plummeting through the atmosphere of Neptune and you’re trying to rescue ships before they’re crushed by the frigid atmospheric pressure.

Does it support Joysticks and if so are there any special features supported?

Yep, we support joysticks, gamepads, mouse/KB, you name it.  When we went to PAX last year to show the game off, we had been demoing the game on the floor using gamepads because it was just easier to accommodate multiple players, and we thought most people would want to play that way.  I would say the #1 question we got out there was, “so are you guys going to support joysticks?  Because I have this flight stick I would love to use…”   So needless to say it became a top priority for us to make sure we supported those devices.  I think we’ve gone beyond what I see in a lot of other games in joystick support because we give you control over dead zone, analog sensitivity, we even allow you to invert stick axes independently.    Our beta testers have consistently told us they really appreciate the controls and how intuitive and flexible they are.

When and where is this game coming out?

We’re getting pretty close in terms of where we want the game to be for our release candidate so I would say to keep your eyes open.  We’re definitely in “weeks not months” territory now.  We’ll be releasing on Steam for Windows first, but we’re continuing to investigate platforms.  We’d love to get the game into the hands of everyone who wants it.

In closing I’d just say that this game represents a labor of love for us.  When we started working on it, a lot of publishers told us that nobody wanted to play space games anymore, that they were too complicated, too niche, etc.   We obviously disagreed and we hope there are a lot of gamers out there who are with us.  That was certainly our experience at PAX.   As an independent downloadable game done by a tiny team, we don’t need to sell a million copies (though I won’t complain in the least if we do!) , but we do need to get the word out about the game, and to support us and the product if you love space gaming.  We’re definitely looking to keep pushing this genre back into relevancy and we can’t do it without you guys!  Please like our FB pages Seamless Entertainment and SOL: Exodus and follow us on Twitter: @SeamlessEnt and @SOLExodus.  Thanks!