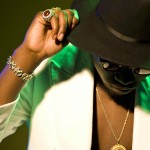 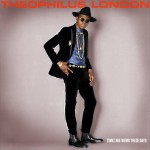 Our next August Ultimate Ears Artist to Watch is Trinidad-born, Brooklyn raised Theophilus London. He calls his music New Wave, Wired Magazine referred to him as a rapper.  He may be relatively unknown outside of music insiders, but not for long.

Theophilus London recently released a series of wildly popular independent mixtapes and the Lovers Holiday EP that landed him a performance on The Late Show with David Letterman earlier this year. His debut album Timez Are Weird just came out last month. His sound is new and fresh, combining global influences and trends and when you think about him in context of his Brooklyn upbringing, his music starts to make a lot of sense.