Our first Ultimate Ears Artist to Watch for the month of August is the relatively unknown (at least in the US) Belgian Garage Rock band Black Box Revelation made up of two young 20 year olds from Brussels, Belgium. 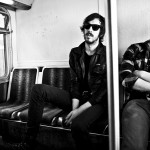 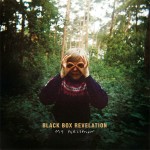 Although they have already released 2 albums, neither of them comes close to capturing the raw essence that’s present on their new rock album My Perception. And that probably has something to do with the fact that their most recent album was produced by Alain Johannes – the producer behind Queens of The Stone Age, Chris Cornell, and Them Crooked Vultures.

My Perception was recorded in the States, however the band clearly enjoys success in Europe (their November Brussels show is already sold out!). I especially got a kick out of the headphones lead singer wears in their music video Rattle My Heart.  Now that is a unique pair of headphones!