As you have read in my previous blogs this month, we officially dedicated the Month of May in the Ultimate Ears Artist to Watch program to classical music featuring The Cypress String Quartet and Violinist Jenny Oaks Baker. However,  to keep in the same spirit of our Artist to Watch program to date, we decided to also include a classic indie pop group – the new album from Peter Bjorn and John.  It is a huge honor for UE to be able to showcase this album. 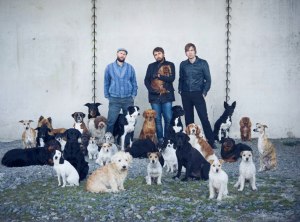 And in case Peter Bjorn and John need any introduction – here are some random tidbits:

They recently toured with Depeche Mode (supporting the North America leg of “Tour of the Universe” in 2009). But their latest album, the thrillingly titled Gimme Some, is their latest, vein attempt at pop magnificence.