We don’t feature enough classical music on our Ultimate Ears Artists to Watch program. So the month of May is officially dedicated to the full range and variation of music found in the classical genre.  We have two classical music artists we plan to feature this month starting with the critically acclaimed Cypress String Quartet. 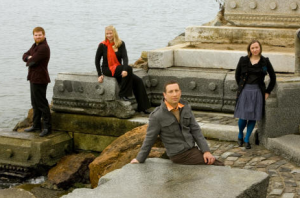 The ensemble has been singled out by Chamber Music Magazine as “a Generation X ensemble to watch.” The Cypress String Quartet (Cecily Ward, violin; Tom Stone, violin; Ethan Filner, viola; and Jennifer Kloetzel, cello) formed in 1996 in San Francisco and during its first rehearsals together created a now-signature sound through intense readings of J.S. Bach’s Chorales. 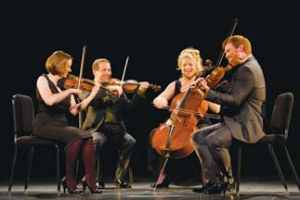 Built up from the bottom register of the quartet and layered like a pyramid, the resulting sound is clear and transparent, allowing the texture of the music to be discerned immediately.

They play over 90 concerts each year at venues across the US and internationally, including major concert halls and series such as the Kennedy Center, Library of Congress, Stanford Lively Arts, Krannert Center and Ravinia Festival so watch for them in a city near you.