It’s an exciting time around here at Logitech. It’s already November and we’ve been working on CES behind the scenes for a few months already. We recently learned that seven of our products have been selected as honorees in the 2010 CES Innovations Awards for excellence in design and engineering. 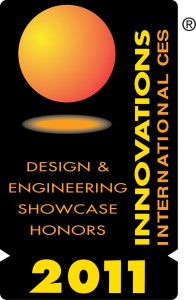 We’re pleased that the CES Innovations judges chose to recognize our products, and we hope that you like them too!