And if that wasn’t enough, our newest speaker dock, the Logitech Rechargeable Speaker S715i was named the Top iPod + iPhone Portable Speaker of the Year and a runner up award for Accessory of the Year for S715i. 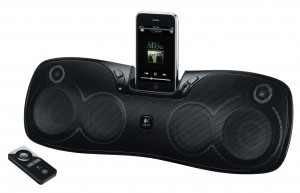 The editors at iLounge had this to say about the line of products from Logitech and Ultimate Ears this past year:

As impressive as Logitech’s iPod and iPhone offerings were in the past, this year’s highly impressive S715i cemented its reputation as the price and performance leader in portable speakers,” said Jeremy Horwitz, Editor-in-Chief of iLounge. “Between its big, multi-speaker all-in-one systems and tiny, multi-driver Ultimate Ears earphones, it’s no surprise that our editors and readers agreed that Logitech was the Accessory Maker of the Year for 2010 – a major and well-deserved honor.

Thank you all for your votes and support!