Now that you’ve met the LA and NYC ‘Host with the Most’ hopefuls, we present to you the SF loft finalists:

Derek Gordon comes from a background in marketing. He’s an avid blogger on Daily Casserole and has a regular column on MediaPost Search Insider. 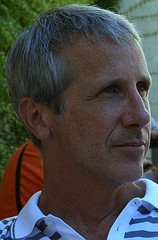 Here’s what he’s planning for SF if he’s picked as your host:

Personally: I love a parade. The big floats, the big balloons, the marching bands, the brigades of horses. Best of all, I love parades of people. Of all kinds. If I am chosen to be San Francisco’s “host with the most”, I’m going to plan the biggest and best parade (in a fabulous loft) you’ve ever seen — think Macy’s Thanksgiving Day Parade crossed with the San Francisco Gay Pride Parade with a little Rose Bowl thrown in, all in one amazing space filled with fabulous people from all walks of life. It will be the kind of party where people with meet their future spouse (or their next one-night stand); the kind of party people talk about for years to come (assuming, of course, they remember it the next day); the kind of party that is emulated, over and over again (because, really, who doesn’t love a parade?) Of course, I’ll insist on parades of terrific food and drink to keep spirits high, not to mention a parade of a certain gadget you’ll definitely want to add to your own home. So: Pick Me! And don’t let the parade pass you by.

Nixie Pixel is a true tech lover and has been actively promoting herself as the SF ‘Host with the Most.’ 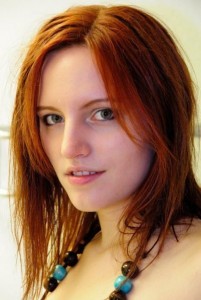 You can find her tech reviews and “geeky talk” on YouTube, Twitter, and her blog. Here’s what she has planned for the SF loft if she’s chosen:

Your phone rings and your enthusiastic friend cheers on the line: “You have to come to this party, I’m picking you up.” Before you know it you’re driving down a silent street, flickering lights from the loft above holding your gaze. Stepping out of the elevator you approach the door, the thumping of bass beats and loud laughter reaches your ears. Turning the knob, you are suddenly enveloped by a barrage of sights, sounds and revelry. An epic techno-explosion.

You walk over to some party-goers surrounding a big screen, interacting with the TV like never before. Wanting to get in on the action, you ask: “That looks fun, what do I need to do that?” A girl smiles and replies, “You already have it.” She points to your phone. It transforms in your hand – you now have control of the music, the television, the Internet. It is YOUR party now.

This isn’t really about the Host with the Most, or about getting corporate employees together. This is about a little box that people sitting on their couches in SF and across the country need to hear about. These won’t be invite-only gatherings full of marketing reps and media; the people coming to these parties will be the ones who will be using Google TV, and who will be making fast friends with their TVs again thanks to the Logitech Revue. We mean you.

Drinking, dancing, watching TV, surfing the ‘net, playing games…we will be embodying the fun-loving nature of San Francisco, and you get to be a part of showing the world why everyone is going to want this in their homes.

There’s a party in my loft, and you’re invited.

Colin Christianson lives in Seattle and has his eyes on the SF loft. He’s a social media rock star and the founder of live media and online marketing company, Tenacious Ventures. You can read more about him on his blog or follow him on Twitter. 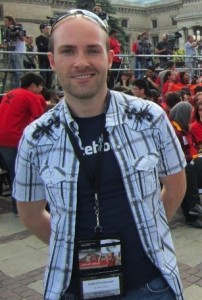 My plan is to use Live Interactive Media at the SF loft in conjunction with Logitech Revue with Google TV to broadcast and create interactive events with physical and online attendees. I will be using a combination of live feeds that include: video, photos, blogs, twitter, Facebook and more that will all be placed in a visual dashboard that can be viewed online.

Themed events. Depending on the time and day of the week I will host events that are themed to match. For example, during football games the loft will be setup for game day, other days we’ll geek out playing games, watch a live broadcast of a conference, or on Halloween we’ll have a costume party. On weekends we’ll be having live DJ’s and having hot tub parties. Our weekly schedule of events will be augmented with live media and frequent updates.

Contests. People will have the opportunity to co-produce, attend or videoconference into some of the big events by competing in online contests. For example, produce a video showing what you would do to be one of the first to use Logitech Revue and the best video will win a hands-on session.

Fun activities, adventures and games. I will be working to include fun activities at the loft that may include: treasure hunts, poker tournaments, costumes, trampoline, a music center, a gaming center, a ball pit etc… to drive the laughs on the videos and photos we broadcast to the web and view on Logitech Revue with Google TV. Smarter TV. Smarter events. Good combo.