As one aspect of my job at UE, I travel the world in search of awesome music. No trip is too far to find the tunes we know will rock your socks off. In Capsula we bring you a Spanish band from the Basque country. You may try and say “Todd, we know you caught them in Austin at SXSW so stop acting like you travel all over the world!” You’d be right to say this though I did drink beer from around the world while in Austin if this counts?

Capsula not only won us over at SXSW, they were also included in WIRED Magazine’s highlights from the festival. Their music is reminiscent of the psychedelic 60’s: television, Iggy and the Stooges and the South American group Os Mutantes. Already well known in Europe Capsula is starting to top charts in the US. We’re very excited to have them as part of our program this month. 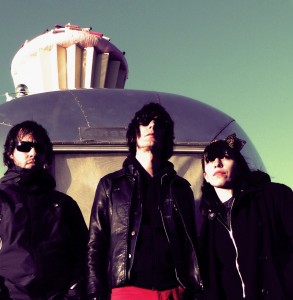 Now go listen to them at UltimateEars.com!