Hi again everyone. I’m happy to be able to tell you (finally!) that the Harmony Adapter for PLAYSTATION 3 will be available in the next few weeks in North America, is coming any day to Australia, and will be available in Europe in July. Thanks for the many great comments and questions you posted in response to my March 20 blog post. Let me respond to some of them as succinctly as possible… 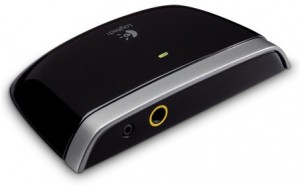 How does it work?
In short, the adapter takes an infrared (IR) signal from your Harmony remote, and then transmits a Bluetooth wireless signal that commands the PS3.

Can I use it to control other components that use Bluetooth wireless technology, such as the Wii game console?
No – in a nutshell, the adapter speaks a Bluetooth language using hardware and software that is specific to PS3, in the same way that Sony’s game controllers are specific to the PS3.

How is it powered?
The adapter runs off of an independent AC power plug (wall). We considered USB, but we didn’t want the adapter to use up one of your valuable USB ports. And if it did, you wouldn’t be able to power on the PS3. We also thought about using batteries, but we didn’t want to subject you to a frustrating troubleshooting exercise when it ran out of juice a year from now (I’d probably forget it had batteries by then). Once you plug it in, you won’t have to think about it anymore.

Which remotes will it work with?
Any Logitech Harmony remote. This adapter allows your Harmony remote to control the PS3 just as it would any other AV component (cable box, TV, DVR, etc.) in your entertainment system. You will have access to special commands we’ve created through your Harmony online account, including a power-off macro that allows you to turn off the PS3, along with your entire entertainment system, with a single button. It is NOT designed for use with other remote controls.

Why not make a remote with Bluetooth built in?
We’ve certainly looked into it – but we don’t want to make our existing Harmony users buy a new remote for PS3 control, nor do we want to restrict this control to a single Harmony model. With the adapter, you can use any Harmony remote you’d like.

Last, here’s a setup tip to keep in mind once you get the adapter and go to update your Harmony remote via your online account: If you’ve previously added a PS3 device to your account, remove it and then add it back as a new device. This will give you all the new codes and controls you need for the PS3. We’ve created what we believe is a good default button configuration for you. But if you’re like me, you’ll want to spend some time tweaking the buttons to perfectly suit your own tastes and your own unique setup. Then it’s off to the couch to enjoy your Blu-ray HD experience. Enjoy!

Thanks all for your continued feedback.

We’ve been able to reproduce the issue that some of our customers have reported when using game controllers in combination with our Logitech Harmony Adapter for PS3. The issue exists in only the first batch of Harmony adapters we manufactured — the product that we’re currently producing works as expected.

The behavior is that the game controller loses its connection to or may fail to connect to the PS3 when the Logitech adapter is connected. These issues are most often seen with the new PS3 Slim, but we have also observed inconsistent behavior with the original PS3 and recent Sony firmware updates.

If you are experiencing similar behavior with your game controllers and our Harmony adapter, more information is available here.

Thanks for your patience, Troy